Home
Research practice
Do *I* do practice-based research? 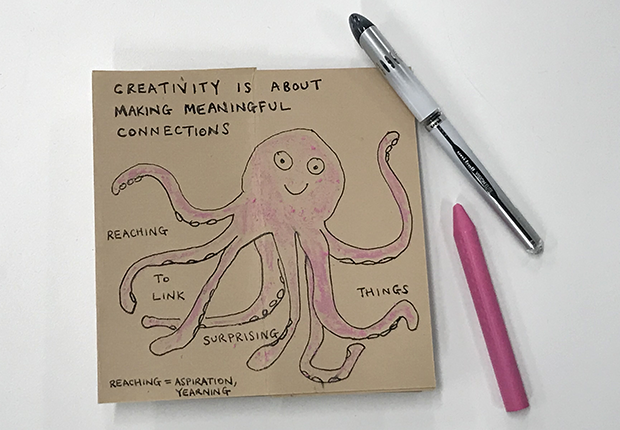 Note: As it turns out, this is a longish discussion, which would only be of interest to (a) me, or (b) someone very interested in examining the nature of practice-based research, in particular in cases where it’s not immediately clear if something is practice-based research or not. The TL;DR version is that I didn’t think I really was a practice-based researcher, but that having looked at it thoroughly here, I find that I really am one! Not all the time, but quite a lot of the time. Yes, I was kinda surprised too!

I started making websites in 1997 because I realized you could. It seemed magic – you could make something on your own computer and it could pop up on anybody else’s computer! And it was a way of getting your ideas and creations out to people in an immediate way without any stoopid gatekeepers. I also had the conviction – emphatically argued in Web.Studies (2000) – that people ‘studying’ online culture had a responsibility to be active and creative participants in it – otherwise how could they properly understand what they were talking about?

So I ran Theory.org.uk, the well-known (in student/university world), award-winning (!) website, for many years, before it eventually morphed into the more straightforward blog-type website davidgauntlett.com, which I still add to regularly, as seen in, um, this blog post. And I made other websites about things I was interested in, including newmediastudies.com and artlab.org.uk, and one called Some Things About Art and Cities.

I also, like many people, am somewhat active on Twitter (2008–) and Instagram (which I didn’t want to for a long time, because it’s owned by the evil Facebook, but gave in to its ubiquity in 2020).

So, this is active participation in digital culture/s, and the websites I created in the 1997–2002 kind of time in particular were creative and experimental with the form and possibilities of websites. And they were basically essential to inform the kind of work about online cultures I was doing at the time.

The experiences of online creativity never led to a simple list of ‘findings’ published as research, but on the other hand – now typing the phrase ‘a simple list of “findings”’ has reminded me – I did actually end up writing numbered lists of conclusions about digital culture, on the basis of years of experience of actual practice, in pieces such as ‘Six theses about making things in a digital world’.

Making videos for YouTube – it seems I’ve done more than 90 of them – is part of the same practice, i.e. contributing to online culture as part of an ongoing engagement and dialogue, and because, as I’ve said from the beginning, you can’t write about the stuff if you’re not doing the stuff. Again, it’s the process of that engagement, rather than the products, which is important.

Now, this case is different, and I know it’s different because the whole point of what I termed ‘creative research methods’ was that it was a sociological research method to get information about what other people were thinking or experiencing.

I used to feel very annoyed with the ‘visual sociologists’ who went about their visual sociology by taking photographs, instead of giving that opportunity to the people they were studying. By keeping hold of the camera, instead of handing it over to participants, I definitely thought that they were doing sociology wrong.

So, the research I’ve done where I enabled people to make videos, drawings, collages, and metaphorical models in LEGO or other craft supplies — the studies with a lot of visible creativity in them — those projects are clearly not practice-based research, because the researcher is not the one doing the making.

A Drawing A Day was a project where – well it’s a very self-explanatory name.

By the end of it – or maybe I should say, when I most recently paused it – I had done 857 drawings.

Was this practice-based research? Well, it is (or was) an ongoing rumination on creativity, and even on the idea of ‘practice’ itself, so the answer would seem to be yes, except I never wrote about it separately in some format that presented it more like ‘research’, so then the answer might be no.

The experience of doing A Drawing A Day did feed into my assorted thinkings about creativity, though, and therefore fed into at least four books. But the connection is a gentle, ambient one, rather than a write-up of “findings”. I think that’s ok though. That would seem to be in the spirit of practice-based research, that you allow the process to be an influence on thinking without having a need to draw faux-scientific connections from A to B.

And my experiences with painting and drawing, and also the ‘what is drawing?’ semi-philosophical strand (which lives, appropriately, within some parts of A Drawing A Day, rather than being separate) fed interestingly into my thinkings about music-making in the later music experiences.

I’ve been trying to make music since 2015 (the blog post ‘Collected observations on making music’ gathers some bits about it). I say ‘trying to’ to indicate that I didn’t necessarily think I’d be very good at it, and that I started, in part, because I thought it would be nice and interesting but also because I knew I wouldn’t be very good at it immediately, and that it might be, therefore, an interesting experience in humiliation and failure. Which has continued to be somewhat the case. I feel I’ve learned a lot from it too, and I like it, even when it’s being frustrating or difficult or slow.

It’s also, secondarily, also fascinating in terms of the incredible wealth of online support and inspiration from other DIY creators.

And again, this activity isn’t something I’ve written up neatly as an article of my ‘findings’, but the second edition of Making is Connecting (2018) contained a bunch of new things to do with music that I hadn’t thought about including before, and my new book Creativity (early 2022 probably) draws many times on the experience of making music, both explicitly and more ambiently.

So again, because those are whole books, I guess that’s gotta count.

But my conclusion is that some things I do are definitely practice-based research. But also, I don’t want my work to be just about me – that wouldn’t seem right (as discussed in ‘What is practice-based research?’). So I also have an ongoing deep engagement with the creativity of others, both through actual workshops and activities that we do, in the Creativity Everything lab, and also from listening and reading about diverse creators, and engaging and talking with other creators.

So I do a mix of practice-based research and more conventional qualitative research.

I’m glad we cleared that up.

After writing all the above, I then realized – I’m a bit slow – that practice-based research is, therefore, very much like what I’ve talked about for years as ‘actually doing the thing’. By which I mean, if you want to study and really understand a thing, then you’ve got to actually do the thing. I wrote about this in Web.Studies (2000), where I said that people writing about digital culture – if they wanted to do it meaningfully – should also be creating and participating in digital culture. And I see that in 2014 I even did a blog post called ‘Actually doing the thing‘, which tells a happy story about how my PhD student Adam Hodgkins, who was studying a thing, actually started doing the thing, which was great.

And when talking about ‘actually doing the thing’ I like to mention my PhD student I-Ching Liao, who was studying how artists use Kickstarter, and I can still remember saying to her ‘You know what’d be good…’, and the mix of excitement and fear as she realized she was going to have actually do her own Kickstarter campaign in order to properly understand the experience of people who do their own Kickstarter campaigns. And she did, and it was a success! As I noted on Twitter at the time: ‘Learning by doing. Not just writing about a thing but actually *doing* the thing. Excellent!’.

So, I’m not saying that ‘actually doing the thing’ is always necessarily the same as practice-based research, but … oh, maybe it is. I hadn’t realized before. Good!

If you found that interesting, you’ll find a lot more blog posts that, like this one, I’ve categorized under ‘research practice‘.

The top image is a couple of pages (by me) within the book-making workshop that happened as part of the 2019 Creativity Everything FreeSchool.