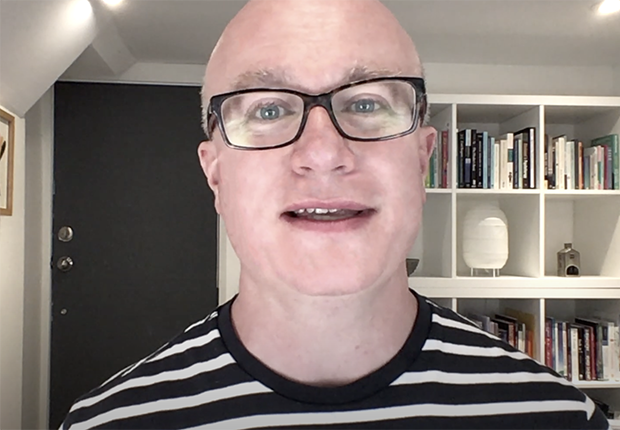 In 2017, the UK Department for Education published new specifications for what things should be covered in A and AS Levels, the qualifications taken (primarily) by students aged 16-18. In the Media Studies specification it pinned down not only the general concepts that should be looked at, which might be reasonable, but also what media examples should be studied – which is silly because they become dated almost immediately – and which theorists you should use to think about them with – which is also unnecessarily inflexible. So if you want to apply new ideas and new thinkers to new things, well, you can’t. Or at least, you can only do it as an engaging aside which hopefully will delight rather than displease your examiner.

But perhaps that explains why UK media studies teachers and students sometimes contact me to comment on how a particular movie or advert creates identity. This always seems like an odd question to me because identity is built in individual minds in an ongoing process which involves inputs from the hundreds of influences we encounter every day – and therefore, a single media object is never going to determine anyone’s identity singlehandedly, and focusing on just one thing is pretty pointless because it’s the cumulative influence of all these thousands of things which is going to be significant, not usually one thing in particular. (Of course, for you as an individual, there may be a specific memorable song or video or something which had a big impact on you and maybe changed your thinking about something. But this is different for every person, usually, although you may share one or two touchstones with your friends).

So, anyway, the way that the Media Studies exam boards talk about ‘identity’ seems confusing, and then they want you to take in what Gauntlett has said about identity, which is a few different things at different points in time. So that’s why I made this video, which is meant to make things a bit clearer. (Then, scroll down below the video, where I have written down some words which hopefully make the key points clearly).

Hopefully this video explanation is helpful to you. But to be even more clear, here are some things that David Gauntlett says about identity, in the popular written-down format:

→ Identities are not contained or created within media texts. That’s not how identity works. A person’s sense of self-identity is shaped, from birth, by thousands of inputs and influences. This includes parents and family and friends, and teachers and other people, as well as stories and songs and imagery and all the different kinds of media that we experience. Our brains process all of this stuff and take some things as significant, some things as less significant, and manage to carve out a sense of self by thinking about what we like and what we don’t, what things we want to identify with, or define ourselves in contrast to, and so on.

→ Ideas about identity – and how to live in the world, and who to be – are certainly suggested by media texts, all the time. But as individuals we process these messages and, in some cases, fit them into our sense of self.

→ Cultures contain some strong messages about particular groups or bodies, most obviously in terms of race and gender. As an individual you can’t pick and choose how other people apply those ideas or stereotypes to you. You can still choose how to present and express yourself. But we have to remember that society frames certain identities in certain ways, which do have a force of their own.

The above are relatively timeless ideas, which were the case when I wrote Media, Gender and Identity almost 20 years ago, and are still true today. But over the past 20 years, we have seen the emergence of a lot of online creativity, which is significant here too, because developing and widely sharing a creative identity has become much more accessible. (Of course, people were creative before the internet, but mainstream online tools have made it much easier to be part of networks of creativity, sharing and inspiration in everyday life).

Therefore my book Making is Connecting (2011, second edition 2018) is much more relevant in terms of media and identities today. Some of the key ‘identity’ points from this work would be:

→ People create and share things in the world because we find it rewarding to be part of creative communities, and to be recognized for our creative abilities.

→ Creativity brings a sense of belonging, and connection to the world. Through making things we come to recognize that we can be creators and not just consumers, leading to a valuable sense of participation and agency in the world – the knowledge that our situation is not just a ‘given’, but that we can actually change things.

→ We should no longer talk about ‘the media’ as a bloc of already-made things produced by distant industries. Today, we can all be creators of things in different media. These media are places of self-expression, conversation, exchange, and transformation.

→ Media in the world means a fantastically messy set of networks filled with millions of sparks – some igniting new meanings, ideas, and passions, and some just fading away. [That’s from Making Media Studies (2015) and you can find more of that here]. In other words, as creators we can float stuff out there, and express aspects of our identities, but we can’t usually predict what the impact of that is going to be.

I hope this is helpful. If you like videos, I have lots more here. Comments or questions welcome below.