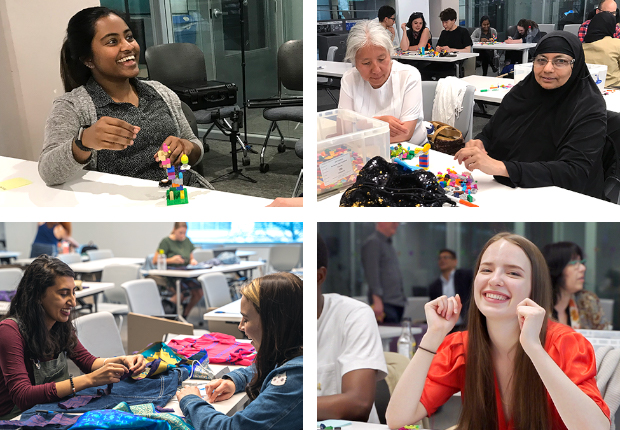 From May 21 – 31 we ran the Creativity Everything #FreeSchool, described as ‘two weeks of creative everything, open to everyone’. Across 15 different sessions we invited people to explore creative techniques, approaches and ways of seeing, and presented opportunities for participants to reflect on their creative identities, networks and aspirations.

(This blog post was written by Rain Senra-Francois, Creativity Everything’s excellent summer student researcher, with extra bits added by David Gauntlett. You can also watch the delightful 5‑minute video about the #FreeSchool).

There was much greater interest than we had anticipated, with over 1,000 free tickets being registered within a couple of weeks, and hundreds of people attending the sessions overall. The workshops were really lively and the feedback was consistently and delightfully great. We are really grateful to all the lovely people who came to the #FreeSchool and made it so special. 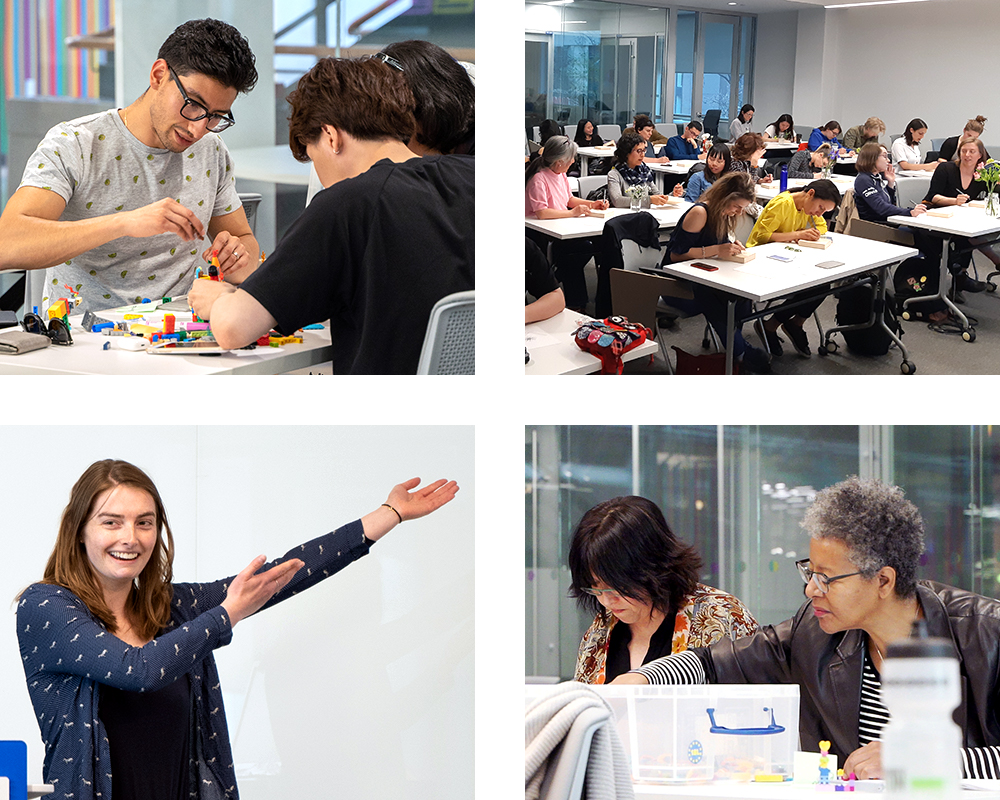 Let’s look back at highlights of the Creativity Everything #FreeSchool:

David Gauntlett led the first event of the #FreeSchool on Your Creative Identity where participants put together a set of insights into their creative journey and motivations. The second event of the first day was Fashion Hacking with Presley Mills. Presley led an incredible workshop in which participants got to deconstruct and redesign their old clothes. It was lovely to see the unique designs that were created by everyone.

The second day of FreeSchool started with a workshop on Your Creative Community by David Gauntlett – building outwards from the ‘identity’ workshop to consider creative relationships and networks. In the evening our own amazing Rain Senra-Francois ran the beautiful and popular Art and Nature, in which everyone got the opportunity to create their own art using wooden canvases and fineliners. There were fresh flower arrangements placed around the room that individuals could use as the subject matter of their drawing.

On the last day of the first week, Jaclyn Marcus led an engaging workshop on self exploration in poetry. In Poetry for Non-Poets, Jaclyn shared a few favourite poems and gave participants various prompts to inspire their writing. Many people read out their poetry and it made for a very moving workshop. Following this, Noah Kenneally led a fun and thoughtful event on using Comics as Thinking. His workshop incorporated various tasks to get participants used to drawing comics, and cleverly led to ‘a-ha!’ moments where pieces of drawing and text were put together to make meaningful material.

The second week of FreeSchool started off with a delightful talk entitled A Funny Thing Happened on the Way to the Creativity Theory by Mary Kay Culpepper. In the event LEGO as a Tool for Thinking led by David Gauntlett, participants were introduced to methods where LEGO can be used to represent identities and experiences. The final event of the day was Graphic Design with Card and Scissors, led by Rain Senra-Francois and David Gauntlett. Participants got to design and create their own book cover using textured papers, typography, ribbon, and other materials.

On the next day, David Gauntlett ran a session on Inspiration and Creative Blocks. Participants reviewed various packs of creativity cards and were then asked to create their own cards to inspire and provoke creativity. The next event was led by Lucy Wowk and Max Cotter on Creative Collaboration, in which participants got to reflect on the nature of collaborations and were prompted to connect and learn about each other. The last workshop of the day was facilitated by David Gauntlett on Sustaining Creativity and Being Seen. Inspired by the surprises built into Noah Keneally’s workshop the previous week – where parts came together in unexpected ways – David led participants through a process where parts were put onto a worksheet and arrived at some insights on sustaining a creative identity.

The last day of FreeSchool started with an interactive workshop on The Uses of Drawing, led by David Gauntlett. Participants experienced a series of drawing exercises, that helped to get into the flow of drawing for different purposes. After that, Camille Favreau facilitated an engaging workshop on The Creative Eye in which individuals were asked to look at their surroundings from different, more thoughtful perspectives. The very last event of the Creativity Everything #FreeSchool was led by talented embroidery artist Olivia SG. Olivia presented an informative tutorial on Embroidery for All and then everyone had the opportunity to make their own embroidery art.

People who attended the Creativity Everything #FreeSchool told us that they left feeling energized, and that the events allowed them to explore various creative subjects that they often don’t have the opportunity to try. Attendees also told us that the festival being free was an important aspect in making it accessible to them.

It is bittersweet to be saying goodbye to the #FreeSchool, but of course we want to do more super things like this again!