Home
Creativity
What I’m trying to work out 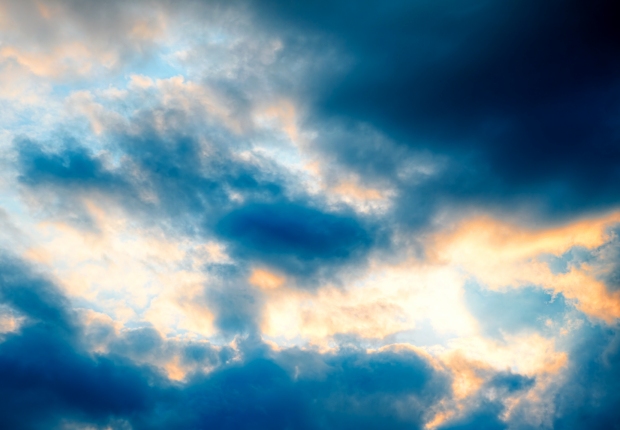 This is part two of a four-part series of blog posts which began with one called: ‘What’s the point of you again?’.

In the previous post I ended up setting myself the task of writing down some quite fundamental things. That’s fundamental to me, I mean. Writing them down in public, on a blog, is helpful for me, probably, but may well be irrelevant and uninteresting for you, in which case – as I suggested before – feel free to move on.

If you’re still with us, then: in this blog post I am writing down – as the title says – some things that I’m trying to work out.

And I know the answer to this one, although it’s only one thing, but it’s a big thing:

→ I’m trying to work out what I can usefully do.

By which I mean, I am feeling, more than ever, that ‘media and communications studies’ doesn’t do anything terribly useful in the world – not in its traditional form, anyway – whereas I would like my work to be doing something useful in the world. And then I have to work out what this might be, given my own capacities and limitations.

So that’s what I think about quite a lot.

Merely thinking about it doesn’t sound at all productive, of course, but clearly, I’m thinking about it with the intention of coming up with a good positive answer, sooner rather than later. I’m a father of two young children so I have to be – and, of course, want to be – around them, and be earning money so we can look after them, so I can’t just dispense with my current life and, you know, do a wildly different something-else full time. And maybe that wouldn’t be the answer anyway. Probably the best thing is to build on whatever it is that I have already, in my current professional life, but add or invent a more directly useful part!

What does ‘useful’ mean, here? Well, some of the things that I already do, that feel ‘useful’ in this sense – and I know they might not be world-savingly useful, I just mean a bit useful to someone somewhere – are:

(1) Having developed a kind of research where people make things as part of the process, rather than  being expected to instantly generate speech about their attitudes, ideas or experiences.

(What was this? — See Creative Explorations and the material on the now-very-old website artlab.org.uk).

Since this one is about a way of doing research, it doesn’t sound very world-changing, but if you consider that research methods are the means by which the people in the world who are known as ‘experts’ come to know stuff about the world, and then communicate it to others … well then, that can be quite important.

(2) Having collaborated with LEGO and the LEGO Foundation on projects which led to changes, giving creativity and making a more prominent role

(What was this? — See the short summary of my LEGO work).

My contributions here are modest, but there are certain cases where I can say that things we did in the LEGO Learning Institute and LEGO Foundation led to changes in how things were explained, understood, organised, or prioritised so that there was a greater or better emphasis on creativity and making. This is primarily in the LEGO Group and LEGO Foundation themselves, but it spills out into other things, including LEGO products and communications, and things we do with other organisations, such as at Maker Faires and with other foundations in the field of education. So these things are nice to do, although, probably inevitably, working with big organisations you only tend to make a modest impact upon an ongoing network and ongoing set of ideas.

I’m not sure if writing a book can be on the ‘useful’ list, but note that I’m not putting down all my books here, just this one, and I mean the book and its associated things – talks and videos and so on – and their impact with people, rather than just the book as an object. The ‘useful’ thing would be if the Making is Connecting argument had helped some people to feel more confident about the significance and worth of their creative activities – the ‘not just a nice thing’ argument which can be seen in this video and others – and if it had encouraged people to provide (non-exploitative) platforms or support for everyday creativity.

This one is super-important, but I only really get to make a smallish difference to each student’s university experience – though of course I’m very happy when I do. An associated one is contributing to the organisation of our Faculty so that students get the chance to collaborate and have interesting creative experiences.

My list peters out around #4. Does it provide clues about what I could usefully do? I suppose it means that I aspire:

→ To make an impact, outside the university world

→ To change how people do things, in favour of hands-on creativity

I suppose also my point is that making certain arguments isn’t enough, I need to exemplify the arguments by actually doing things. Or – to be fair to how I’ve gone about things so far – trying to encourage other people to do things differently: I don’t have to do it all myself – that might be a smaller impact, in fact.

Take, for example, my argument about how playful creativity needs to be embraced by adults before it can be successfully embedded in the education system (which you can read here). Being playful and creative in my own life is one thing – I already try to do that, as best I can. So then the bigger deal is trying to get other people to take that on board too.

I’ve talked about this ‘how to be useful’ question with a couple of people recently and they have both reminded me that if you write a book that people actually read and think about (and, similarly, if you do talks, videos and things that people actually engage with) then that is a proper impact. You have the potential to change how people think about something – that is potentially an actual doing-something thing to do! Whereas, running a hands-on project in my own neighbourhood, say, would of course be rewarding in a different way, but would reach fewer people and have a more limited impact. (Although, conversely, if it served as a model for others then it could have the further-reaching impact again).

Anyhow, what this all means is that my ‘useful’ thing is allowed to have elements of quite ordinary professor activity in it – such as writing books, doing talks, making videos – as long as enough people actually see these things and in particular if they can change how people think about something (creativity, play, learning, networks, communication) … and therefore what they do in the world.

I also think the thing needs to be an identifiable ‘thing’ – encapsulated in a simple phrase or message – that people can see and can rally around. There’s nothing wrong with having a fuzzy collection of interesting ideas, but in order for them to be noticed and shared, it probably needs to be more clear-cut. That’s why Making is Connecting worked well – it’s the title of a book, but it’s also an argument in itself, and can be used as a handy label, people have used it as a hashtag, and so on.

So that’s what I’ve worked out about doing the useful thing so far.

NEXT TIME: Some things that I like to emphasise that people in my kind of field don’t always emphasise (!).