Home
Research practice
Collaborating with businesses and organisations for research 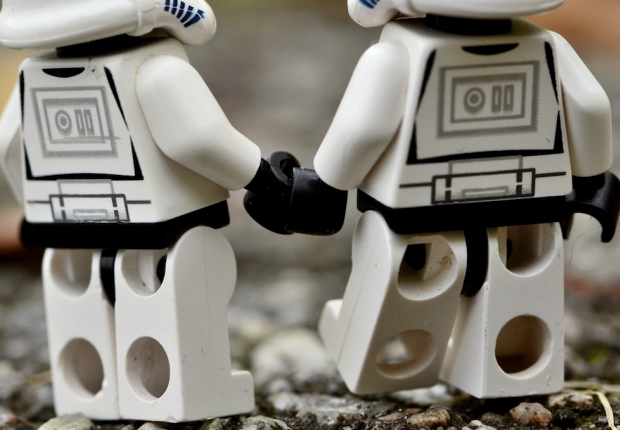 In this two-part series about collaborations, the previous article was about fruitful ways of working with other researchers, primarily in an academic context. Although that kind of collaboration doesn’t come naturally to everyone, it is a lot more comfortable for many academics than the idea of working with business. After all, university-based researchers are likely to have some natural affinity with other academics, and be aware of the typical pressures and expectations that bear upon them.

One professor I know was asked to present a proposal for a ‘deep and broad’ analysis of a creative industry and its potential futures, and sent along a schedule for a suitably rich two-year research project. Only at that point did the company mention that they had anticipated that this work should take what they considered to be an unusually long period of six weeks.

For those kinds of reasons it is easy to think of business and academic research needs as completely incompatible. But that’s not the case. My own experience includes work with the LEGO Group, the LEGO Foundation, the BBC, Tate, and the British Library – a mix of profit and non-profit, public and private. This work has been interesting for me, and has helped to build insights which have been of benefit to my more conventional academic work, as well as having value for the partners. All of these organisations are sufficiently big that they have the time and resources – as well as a strategic need – to invest in thinking about the future.

Whilst government rhetoric is often about universities working with local businesses and SMEs, I get the impression that those companies struggling to get established and survive don’t necessarily want some university researchers getting in the way and taking up their valuable time. And they haven’t got any spare cash to spend on research, the eye-watering Full Economic Cost of which will be calculated by a university bureaucrat with no eye on the marketplace. That’s not to say that university research wouldn’t actually be valuable for smaller, already-existing companies. It can definitely be super-helpful. And HEIF money [in the UK – Higher Education Innovation Funding] can be available to support such collaborations, which gets us around the spare-cash problem. But working with bigger organisations can be more comfortable, straightforward and, frankly, more prestigious. That’s as long as you can avoid their lawyers – see below.

Here are five tips for this kind of collaboration.

Your university might appear to think that any involvement with business is an exciting prospect – think of the REF ‘impact’ it might bring! – but this is foolish. You probably became a researcher because there were particular questions, ideas or areas that you wanted to explore. So you only want to do collaborations with businesses or organisations which will help you to pursue those goals in some way. Anything else would be a waste of time, and might screw up your career. Since it is fundamentally unlikely that there would be a match between your academic interests and those of, say, some random company that your Head of Department met at a drinks reception last week, then you should expect to be having to say no to most such proposals. Of course you don’t want to seem overly grumpy or negative, but you don’t want to waste your time on tedious mismatched projects. The solution is to say yes, sometimes, to the rare minority of possible collaborations which might actually be good ones.

2. You are not a market researcher

It is common for companies to think that ‘research’ means ‘finding out what customers want’ and ‘seeing if they like our product’. From their point of view, of course, these are sensible and important questions. Happily, these questions can be answered by any of the many market research companies which exist to do just that, and are well set up for it, and can do it efficiently. Because companies are liable to think that this is what ‘research’ means, they might expect that you’d be doing market research for them. You should always make it clear that you are not a market researcher, and that if that is what they want, they should look elsewhere. Even if you could do it, it’s not going to help your academic career, being basically shallow and uninteresting, and liable to get you regarded as a hack.

3. Emphasise the unique thing that you do offer

If we’ve established that you’re not going to do their market research – what can you do? Here you should be proud and confident in the strong positive answer: you offer access to the world of complex ideas, and an understanding of related research, which leads to a broader landscape and therefore a vision of potential futures which is not limited to some shoddy focus groups where you asked people if they thought they would prefer an existing thing in pink or green.

What this means is:

4. Develop an interesting project with them from scratch

If a company is saying ‘We want you to do x’, you’re on a losing streak already – unless this should happen to be exactly what you had been dreaming of doing anyway (which seems unlikely). Even in that case, although it sounds like good news, you’re still starting off on the disappointing end of a master/servant relationship.

What you actually want is a proper collaboration, which means you start out with some shared interests and then build an interesting project together. That’s not an easy balance to achieve – especially if they are paying – and you can’t be too selfish about it. But if you can balance the kinds of things that they would like to do with the kinds of things that you would like to do, and work out a genuinely shared enterprise which you can do together, then it will benefit from the enthusiastic engagement of all parties and hopefully arrive at something enlightening and original.

I don’t mean you’ll be doing anything illegal. On the contrary, lawyers understand about illegal things. It’s perfectly legitimate research that they don’t have a clue about. When we were starting up a collaboration with BBC Children’s department, the research proposal included activities where children would do drawings as a way of sharing their ideas with researchers, about the topic. This prompted both BBC and University lawyers to enter into a protracted tussle about who would own the ‘Intellectual Property’ in these ‘artistic works’, despite the fact that these were just part of the research process – no different to spoken words in an interview. But persuading the lawyers that this was different to the ‘creative content’ that they were used to locking down took three painful months.

I don’t really mean that you should duck out of having clear written agreements – those can be helpful. So perhaps the lesson is, allow time for this, as things that can seem simple can get weirdly difficult really quickly.

Overall, if you are careful about choosing what to do, and take care to develop it in a proper partnership, collaborations of this kind can be really beneficial, linking your research with new experiences, ideas, people and data – and maybe even earning some ‘impact’ points along the way.

One Response to “Collaborating with businesses and organisations for research”