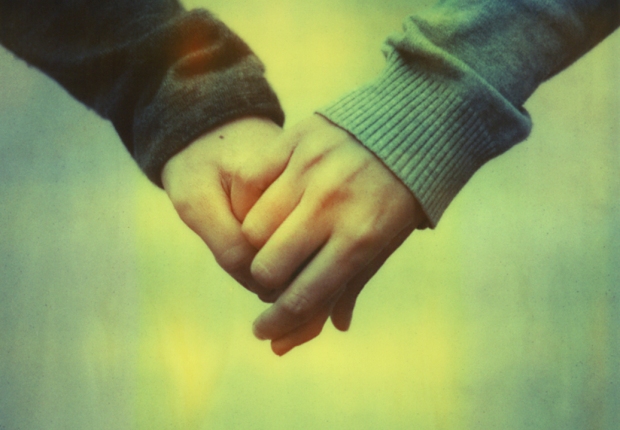 This article offers some personal reflections on the value of collaborations, and how researchers in the arts, humanities and social sciences can develop effective ones. Despite the ‘how-to’ title above, I shouldn’t really be dispensing relationship advice to anyone. For many years I was your standard individual researcher, writing a number of single-authored books, and leading research projects where the main academic was: myself.

But we are all aware that the funding councils wish researchers to collaborate more. And importantly, it’s actually a good thing to do. To state the obvious, working with other humans broadens the perspectives available to you, and introduces surprising thoughts, references and interpretations. Even when it disrupts the smooth running of things, this can lead to better outcomes. And I say this as the kind of control freak who usually feels that things run best when no-one else is in a position to mess them up.

My experience only extends as far as (some) research in the arts, humanities and social sciences. Within this sphere we are dimly aware that scientific researchers do a lot of collaboration and seem to routinely produce articles with a dozen co-authors. On the other hand, we also receive the impression that these ‘collaborations’ are actually fearsome hierarchies where a kingpin researcher commands their lab troops, strung along on short-term contracts, to do their bidding. That’s not something we aspire to. But there is, of course, a proper meeting-of-minds kind of collaboration which definitely ought to be better than the ‘lone wolf’ model.

So here are my six tips.

1. First things first: Establish yourself as an interesting researcher with something to say

As mentioned above, for the first several years of my academic career I was generally working on my own stuff and building up a reputation for things I’d evidently done myself. This might have been wrong – I don’t seek to be a role model for anybody – and it also ignores what I just said about the value of collaboration. But basically, nobody’s going to be excited to work with you if there are not visible signs that you are a both a competent and interesting person to work with. This means you need some track record of interesting projects or ideas which you have been able to turn into actual outputs.

And in your collaborations, you will rightly seek an equal relationship, and don’t want to look like someone else’s assistant. So I think you do have to establish your independent voice first.

2. Be visible and findable

Traditionally, of course, academics would consider themselves to be ‘out there’ because they had published an article in the European Journal of Cartography and had been on BBC Radio Leeds a couple of times. Nowadays that’s not quite sufficient. What you really want is to build a world of interesting things available at any time to interested parties anywhere in the world – which means online. Keep your website profile(s) up-to-date. Use social media – Twitter is your best bet at the moment – as a kind of spine which points to your various activities, such as events you’re involved in and blog posts you’ve written.

Producing blog posts on a semi-regular basis may sound like a bit of a chore – I know some people say ‘I’m busy enough already!’. But, as ever, it’s a matter of choosing what to be busy with. Blogging is a good way of documenting what you’re up to or thinking about, for your own benefit as well as for anyone interested, and could be a much better use of time than certain other things on your to-do list. It makes you more visibly available for interesting collaborations. You want it to be possible that amazing potential collaborators may contact you (although that doesn’t mean that everyone who contacts you will be amazing: see next point).

This sounds obvious. But it is inevitably flattering to receive emails or interest from other people or organisations that would like to work with you. The correct answer to such approaches is not necessarily yes.

One reason why I didn’t collaborate much in the past is because some things which had seemed like potentially interesting collaborations had turned out to be non-events proposed by self-interested weirdos, which just wasted a lot of time. Since self-interested weirdos may not be entirely uncommon in academia – I may be one myself, having found my natural habitat – they can be harder to spot. Therefore: take things slowly, build relationships, and spend a bit of time getting to know potential collaborators at an early point, rather than spend months trying to escape from them later on.

The obvious ones to avoid include:

→ The person who has an ‘idea’ and wants you to do the hard work of executing it.

→ The organisation that basically wants you to do their market research, or to merely certify that their product or service is good.

4. Complementary rather than matching skills and approaches

Unsurprisingly – and again in line with Research Council thinking – the exciting stuff happens when quite different people get together. When one person interested in subdomain X of quirky topic Y offers to team up with the one other person on that narrow branch-line, they probably won’t stimulate each other as much as if they started working with someone from a completely different discipline. For a collaboration to make sense you need to have interests or concerns in common, of course, but then it’s typically most fruitful if you come at it from different backgrounds or perspectives.

This matching of diverse skills can be especially helpful if you find someone whose interests include actual boring application-writing activity, and they still want you to be involved to do something else. This is good. For instance, everybody knows that preparing an EU funding bid is a nightmare,  but being part of someone else’s EU bid is actually OK. One you’ve established the track record (see point #1), they’re happy to have you on board, and you’re super-happy not to be writing the bid. I was recently a partner in (but not co-ordinator of) an EU Horizon 2020 bid, and was amazed at the extent to which we didn’t have to pin down activities or costs nearly as much as you would for a UK Research Council. Honestly. And they gave us €2 million.

Don’t be afraid to ask a more experienced researcher to be your mentor. For those of us who’ve been around for a while, opportunities to dispense our hard-won wisdom to people who actually want to hear it are less common than you might think, and it’s nice to have a relationship where you get the sense that you might actually be being helpful. And of course, in reality, you learn from each other.

6. Don’t get hung up on funding

Finally, a valuable collaboration is not simply about gaining access to pots of money together. It might not be about that at all. One of my best current collaborations is basically, primarily, an ongoing conversation – sometimes written, and occasionally at events – with an insightful individual (similar interests, different background and practices) who gives me new things to think about. This kind of thing can be more friendship than finance, but it pays off across your work in unexpected ways.