Home
Creativity
A music challenge for myself 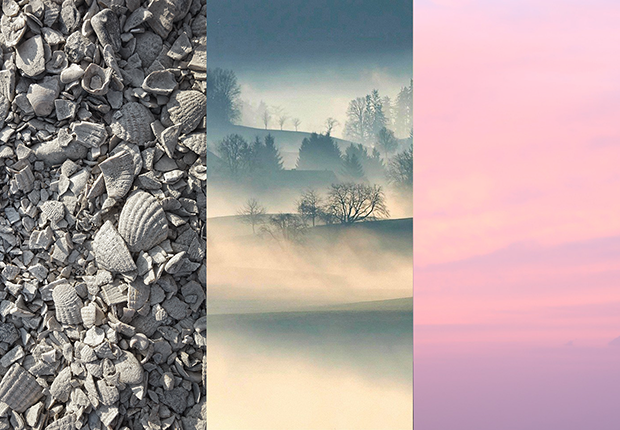 As part of my course Your Creative Self, I’ve asked the students to set a creative challenge for themselves, and to write about it in the online discussion forum for the class. They have to post about starting it, and a few weeks later report on progress, then near the end they write about how it has gone. They also comment on each others’ posts.

Since I was asking them to do this, I thought I’d better do it myself. Seemed fair. And it’s quite good to have a challenge, not in some kind of competitive sense, just the thing of being held to account – I’ve told myself and others that I will be doing this thing, so, I will have to do this thing.

This blog post initially appeared in September 2020, with my first post, but now I’ve updated it to include my two subsequent posts as well. That all follows below.

Hi! I thought I’d better do this task too, since I’ve asked you to do it.

(a) What is the thing you are working on?

I want to create a finished music track, that I am satisfied with, which will be sort of ambient but interesting, using two pieces of music equipment I acquired recently, the Soma Lyra-8, and the Moog Subharmonicon, neither of which I have managed to do much very satisfactory with so far.

The Lyra-8 makes gravelley soundscape and drone kind of sounds, with a lot of texture, but perhaps not very ‘musical’ to listen to. The Subharmonicon is, surprisingly, basically a 4-note sequencer and I sort of thought it would do more than it does. [Note: this is unfair. The Subharmonicon is complex and charming and I just don’t fully understand it all yet]. But if I harness the limitations of both, that’s always a good plan – and I think they will work nicely together. But that remains to be seen! I imagine the Subharmonicon will be doing some low bass stuff as well as some high twinkly stuff. The Lyra-8 will be making strange textural noises. I do want it to be somewhat melodic though, and nice to listen to (!).

The image at the top of this post reflects the thoughts I had about what it might be like: gravel + mist + pink sunrise. That’s what I thought of.

I started making music overall when I realized that you could (!), which seemed magic, and it seemed like a good idea to try to get better at something I’m not very good at.

At first I just tried to make anything that sounded OK, but they were just instrumentals without much structure. Then I tried to make tracks that were more like self-contained tracks or songs. But I wasn’t planning to sing, and still haven’t, but I might. Anyway at this point we swerve back into wanting to do an interesting instrumental track, but it might be quite long and maybe like something you could fall asleep to.

(c) What is your goal for this term?

The goal, as above, is to make a track that I am sufficiently happy with. One of the challenges is that I want to do something gentle, but it’s hard to avoid the pull to make something ‘more exciting’ by adding in extra elements, and/or beats. ‘Less is more’ is something that I know to be true in theory, but I’m not very good at that in practice, and maybe I don’t really believe it anyway. Less is good – but not too little.

(d) What do you think you will learn from the process of doing it?

We have to wait and see! Certainly, presumably, I’ll get a bit better with these two instruments. More broadly I want to become more free to play (and record) ‘live’ and keep the best bits, rather than trying to program everything from scratch. So it should have a bit more of a human touch, being actual performances, edited, rather than everything set up and sequenced in a way that it is sort of assembled but never really performed.

But we shall see. I do learn things from making music, but I don’t think you can anticipate what those things will be in advance.

I talked about this with Sofie Mikhaylova, the music artist/producer who runs the independent label Biblioteka Records. She asked if I was going to use only these two instruments, highlighting the power of deliberate constraints – so that was a great point and a very good suggestion. And when I mentioned the challenge to try to keep it gentle, rather than falling into the temptation to add more things to make it more ‘interesting’, she suggested that I should actually aim for ‘boring’, and then that should keep it in the gentle place (while, presumably, the temptation to make things interesting should pull it at least as far as not actually being boring). Another good suggestion! So I will keep those things in mind.

It’s going ok … at least I did something! I’ve sort-of done a whole thing within the four weeks, so that seems good.

Here is an MP3 on Google Drive, of the latest version. [Sorry, dear reader, I’ve removed that link. We’re interested in process, not product, right? Honestly, it wasn’t very good].

It’s a track about dislocation and feeling out of place.

I see that in my first post, I seemed to think it was going to be gentle and peaceful, but I forgot about that, and instead it’s quite ascerbic and disconcerting, although some of it is gentle. It has gentle intentions, but also has harsh sounds. I noticed I like sounds that suddenly do a dead stop, so there’s quite a lot of that.

I developed it with the two hardware instruments, albeit with much editing in Logic, and then allowed myself two more software instruments, plus voice, because it was just better to add those things than to stick to the strict limitation. But I’ve resisted the urge to throw on all kinds of everything.

It’s not completely polished, but I could stop sometime soon, declaring it ‘finished’ so that I can move on to something else. (At some point, of course, you always have to decide something is finished, and free yourself to move onto a new challenge).

What are you finding difficult?

I wanted it to have some vocals, but me singing is genuinely not nice. In the version posted here, there’s a part that is me singing, but filtered and distorted, so it’s not so embarrassing, but also, might be a bit pointless. But not quite being able to make it out is consistent with the spirit of the track.

What do you need to do to make it better, or to finish it?

I could stop soon … or I could try to do better vocals. I could do a longer version, but I don’t think there’s much point. Probably better to keep this as a three-minute thing and then start on something else. At least it can’t outstay its welcome.

That’s the end of this mid-term report! Thanks for reading.

Hello! This is my final post about my project.

What I arrived at was this track (the link is to an MP3 on Google Drive).

Do you feel satisfied with how it turned out?

Basically, yes, I do! I like the music. I’m happy I worked out how to make the Lyra-8 sound kinda sweet and beautiful, instead of just kinda growly. And I like the beats and my drum programming and the sounds.

I don’t especially like my vocals, but I’m glad I finally felt able to use my voice. I’m OK with the parts that are spoken – speaking is fine! My singing isn’t very good but I’m glad it isn’t, like, extravagantly awful. I should definitely re-do it though, I’m not that keen on it. Also I want to change some of the actual words.

It’s not like it’s an actual ‘song’ with good lyrics. I wasn’t setting out to do that, though. But, well, one day I should try to do that.

Why do you feel that way?

Um, because I do! I’m happy with the music, because it is (unsurprisingly) my kind of music. I do it so it sounds good to me. That doesn’t mean anyone else will like it, but that’s always the case with music, where people have quite particular tastes.

And I’m unhappy with my voice, and a lot of people don’t like the sound of their own voice, or singing. I think the fact that it doesn’t sound great is just a fact though. I’m sure there’s ways to get better though. And double-tracking my singing definitely helped a bit.

Tell us about the process of doing it, and what might have made it better?

I revised it and revised it and changed a lot. There’s nothing in this finished track which was in the mid-way version! One thing morphed into the other, but they ended up being totally different.

The original intention was to be gentle and minimal . . . But after some time I thought, nah, let’s just make it interesting! I did try to limit the number of instruments – as in the original challenge to myself. I was aware of that but in the end I made a purposeful choice to abandon it.

In terms of how it could be better, it’s the vocals and singing that need work, as noted above.

Overall though, I’m relatively pleased with how it turned out.