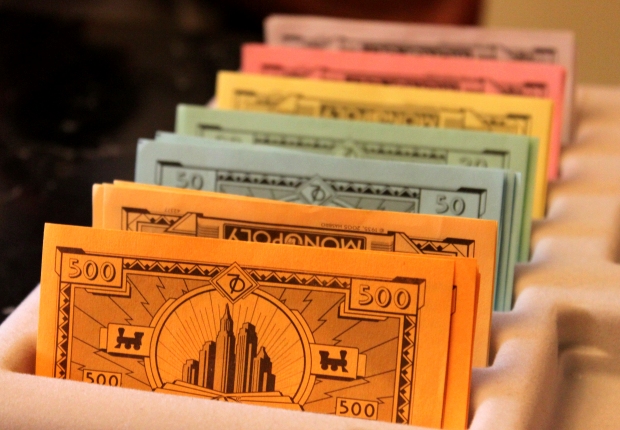 Competition for research funding is famously intense. In the arts and humanities, it’s no easier than anywhere else. The AHRC’s statistics for 2013-14 show that only 3 out of every 10 applications for a Standard Research Grant, or for a Fellowship, were successful. This can seem depressing – all these talented researchers, being turned down. The researcher with a bright idea might think: what hope is there for me?

Well, the good news is that not all of the turned-down ones were masterpieces anyway. I’ve been a member of the AHRC Peer Review College for 11 years, and have both chaired and participated in AHRC Panel Meetings – where funding applications are ranked, based on the peer reviews – and I am happy to reassure competent applicants that there are still some people making basic errors.

To be sure, the quality of applications increases all the time, as universities get better at both enhancing and policing quality. But there are still researchers doing foolish things in their bids. This article is meant to help you to not be one of them. I’ll assume you’ve got a great and original idea – that’s really important. And then, this is about what to do, and not do, in a grant application.

1. Make sure everything lines up.

Some funding application forms can be repetitive, and seem to ask for more-or-less the same thing more than once. That’s true. And as an applicant, you don’t want to bore your reader. That’s good. But these simple facts can lead to the tragically common problem where an application promises different things in different places, and so immediately appears incoherent.

It might seem a bit dull that your objectives are basically expressions of the ways in which you wish to answer your research questions – often using the same words. But at least that’s logical. If you seek to stir in some fascinating ‘variety’ by writing rather different things in the different boxes, you introduce minor inconsistencies. Then before you know it, an impatient reviewer has dismissed the whole thing as contradictory nonsense. I suggest: avoid this.

2. Imply that you had terrible trouble fitting it all in.

Quite a few applications have bits of blank space at the end of sections. Some people fill four and a half pages out of a possible six. How can this be?! Every application should look like the outcome of a nightmare situation where the applicants had to cut, cut and cut to fit their incredible ideas, powerful justifications, and detailed plans, into such little space.

There’s a reason why most people think that ‘research methods’ is a boring topic. It’s the most staid and unchanging aspect of many disciplines. At the same time, research methods are incredibly important – they are the whole basis of how anyone, in any subject, knows anything about it. You can surprise and delight your reviewers – and have a whole new interesting thing to write about – by innovating on research methods as well as having an original research question (for these are not, of course, the same thing). Don’t go crazy, naturally. But if you can propose a new way by which we could know stuff about the world and its cultures – what could be more exciting?

4. Project management is as important as project idea.

Nobody ever won a research grant on their organisational abilities alone. You do need a great idea and an interesting, meaningful, timely set of questions. But I don’t think anyone ever won a grant on the basis of a pure idea either – you always need to show that you can make it all happen. So it’s important to allow enough space for things like project management, an advisory committee, and a neat GANTT chart showing clear milestones.

5. A track record is good, but complacency is death.

It’s definitely good to  be able to show that you have done interesting and innovative work before, and could be expected to do so again. But – surprisingly perhaps – reviewers and ranking panels reel with dismay when they meet an application from a well-regarded research group which says ‘We did this, and it went well, then we did this, it went well, and now we want to do another one’. Everyone hates this. You can see that the applicants quite reasonably thought that they were onto a winner, and that the funder would be pleased to support another thing in the same vein. But no. A track record is really valuable, but it must lead to new and cutting-edge things, not just more of the same.

6. Value for money is vital.

Research, notably in the form of staff costs, can be expensive, and you need to ask for a realistic amount of money, but make sure it doesn’t get laughable. I remember an application from one of the nation’s oldest universities, where a team of researchers wanted to catalogue a set of items from popular culture. There were already many good catalogues of this stuff available online, the application conceded, but these were made by fans and might have mistakes in them. Better to give £1.2 million to some proper experts to do it properly. They didn’t want to work with anyone else and they didn’t seem to have considered or planned any real impact. They thought that the project’s value, and their talent, spoke for itself, and justified the high price tag. The reviewers and the panel thought not.

It may seem trivial compared to the power of a Great Idea, but reviewers get really irritated by vague costs, which frequently show up, such as “Laptop: £2,000” or “Website: £5,000”. Such costs are disconcerting in themselves – on which planet does an ordinary laptop for the composition of humanities articles cost £2,000 these days? – but these odd costs point to something worse than that: they suggest that a general sloppiness or can’t-be-bothered attitude might underpin the whole thing. Don’t spoil an otherwise perfect application by requesting an unnecessarily fancy £1,000 camera that your department probably has several of already.

8. Do the impact things properly!

It is, of course, the case that a project can lead to all kinds of unexpected impacts, and that these cannot be known in advance. Some people seem to think that this is a reason not to consider impact in advance at all. But that’s not quite a rational argument. It’s true that you can’t really predict impact – but that applies to everyone, including your competitors. You still need to propose impacts that could potentially occur, and write down some ideas about how those things might be encouraged to happen. It’s OK to stir in some imaginative dissemination plans, but remember that dissemination is not the same as impact. Impact is where we can see that you’ve brought about some change in the world, and yes, we do want to know that you’ve thought about that.

9. When asked to do a ‘PI Response’, be robust but polite, not defensive or complacent.

The PI response – where the applicant can respond to reviews before a final judgement is made – can be incredibly important. I’ve seen borderline cases leap confidently into the winning zone because of a strong PI response. And the opposite, where a promising-seeming application has been sunk by a disinterested, self-satisfied, or bullying PI response. The secret is to deal with all points respectfully, while firmly rebutting the wrong ones, helpfully explaining the misunderstood ones, and graciously accepting one or two minor adjustments.

Overall, professionalism is key. Funders want your brilliance and your professionalism, but not brilliance alone. And they can only assess an application on the basis of what you have submitted, so making it as clear, neat and readable as possible is not trivial, it’s essential.