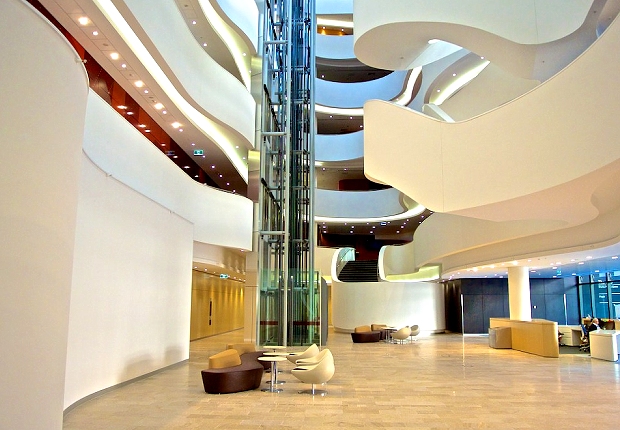 For academics starting out in the arts, humanities and social sciences, the road to a professorship can seem murky at best. In the sciences, at least there seems to be a collective agreement that the really super thing that everyone should be doing is (a) winning research grants, and (b) publishing brilliant ‘papers’ in the top-ranked journals. That is by no means easy – it’s really tough – but at least it’s a straightforward kind of demand.

Non-scientists live in a world where we are often managed by people who have assumptions carried forward from science-academia, who talk about ‘papers’ and grants. (We insist on putting ‘papers’ in inverted commas because we call them articles or essays). We also might read publications like THE and Funding Insight where discussions about research excellence are often about the ranking of ‘papers’ in journals.

But we know something else in our heart of hearts.

Let’s imagine a Venn diagram. (We’re not scientists, but we know what a Venn diagram is, thank you). Draw a circle that contains our best-loved philosophers, sociologists and literary critics – the people with the fantastic ideas which have shaped our disciplines. Then let’s have another circle which contains the people who got the Research Council grants and whose publications were typically in academic journals. How much crossover are you picturing?

In my perception, there’s very little overlap between the two circles. And where there is some shared space, is it because those scholars became inspirational because of their capacity to get Research Council grants and be published in obscure journals? No of course not. But in some cases the people who have already become noted as outstanding thought-leaders have been able to leverage that recognition in order to play the game of grants and journals a bit.

This is the fundamental dissonance which makes everyone’s head hurt in the arts, humanities and social sciences, I think. You’re surrounded by peer and management pressure which is all about ‘papers in top-ranked journals’ and about getting that million-pound grant. At the same time you gaze along your bookshelf and you’re pleased to see Michel Foucault, bell hooks, Anthony Giddens, Cindy Sherman, Hannah Arendt … and you’re pretty certain that none of them wasted any time trying to finalise a list of 14 ‘deliverables’ for an EU-funded collaboration, or burying their best work in the International Journal of Locked-away Pseudoscience.

All of which is a longwinded way of saying that the non-scientific academic career can be confusing and difficult. But I am here to help! Sort of. Here is a list of four things which worked for me. I haven’t tested whether they would work for anyone else – I’m not a scientist, dammit! (See above).

As suggested above, it’s easy to think that books are not valued any more. University managers, research administrators, government ministers – when do they ever mention books? However: there is something in human beings which respects a book. You know it. Your students know it. Even those managers, administrators, and ministers are human beings, and are therefore deep-wired to respect a book. We all recognise that a book represents a worked-through body of ideas and research, and that it’s not easy to do – indeed, it’s specifically something that most people don’t do. You might say that writing a handful of articles is like writing a book, and it is quite like it. But it’s not the same. People are impressed when you’ve done a book. It’s a sustained exercise – you’ve created a world between two covers. It’s deeply satisfying for yourself as well – nothing beats the feeling of receiving the first copy of an actual book that you wrote yourself.

You might think it seems a bit old-fashioned. But some nice parts of academic life are a bit old-fashioned. Write books. You do it to share ideas with others, and for yourself, to focus and develop your own thinking. There is also the decent side-effect that a promotions or appointments committee will have something to really notice as well.

Establish yourself before grant-seeking

The pressure to get a research grant is now so great that people start trying to get one straight after finishing a PhD and securing a lectureship. But with no track record of having successfully done a number of interesting things, these people instead merely develop a track record of applying for grants that they don’t get. I’m sympathetic, but this is obviously a bad plan.

Instead, spend the first few years of an academic career doing as many interesting things as possible which can be done without a research grant. Write a book! Start an interesting blog! Do talks! Invent new research methods! Connect your interests with others in surprising ways!

Once you’ve become notable for doing unusual things then you begin to enter the zone of eligibility for research grants. But there are no short cuts. The good news is that this interest-driven, unbounded, curiosity-led exploration will probably turn out to be the most exhilarating period of your research career.

The internet is your friend

In the olden days, getting noticed was hard because the field of potential public intellectuals added up to a dozen people from Oxbridge who had managed to appear twice on BBC2. Now we have the opposite problem – perhaps – where the field of potential public intellectuals is 50,000 people with a blog or a Twitter account who fancy themselves as the next star of a viral TED Talk.

The good news is that most of them aren’t really that amazing, and if you have something to say and can write and create a nice blog or website – which you surely can – and/or could make some interesting YouTube videos – which you also can – then there are good opportunities to be noticed and to share ideas and to have interesting conversations. I won’t say more about that here because it’s the topic of my next article for Funding Insight.

You may observe that senior people in your department are grumpy about teaching and try to avoid it. You might therefore conclude that this was one of the characteristics which enabled them to become a Senior Person. Don’t make that mistake. Everybody prefers the people who teach with a passion. Sharing ideas with lively young minds is fun! After a few decades you might become tired and jaded, but there’s plenty of time for that later – you’re not allowed to skip to that bit prematurely.

Overall you have to try to remain engaged and engaging, intellectually ambitious, and optimistic, even as the bureaucrats seem to be taking over the asylum, if that’s not a mixed metaphor – which I’m pretty sure it isn’t. Good luck.