Home
Research practice
The rise of the entrepreneurial academic 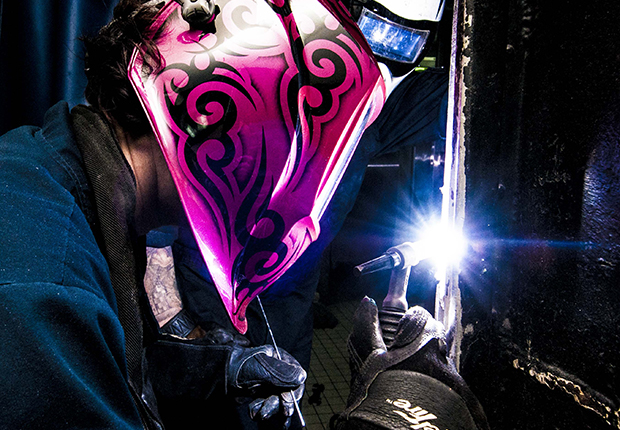 As recently as 20 years ago, when I was just finishing my PhD, the notion of the ‘academic entrepreneur’ was a contradiction in terms. Certainly, we might be aware of odd characters who were vengefully focused on securing research grants or having collaborations with industry. Such people made comic appearances in the campus novels of David Lodge. But these were the outliers, the loony oddballs who sat in contrast to the academic ideal.

Nowadays, of course, that is the academic ideal. And today’s outliers are the ones who cherish a notion of ‘knowledge for its own sake’ in the old purist sense, where a connection between research and the outside world was a bit frightening and probably wrong.

Entrepreneurialism has entered our lives on two levels.

First, there is the obvious contemporary emphasis on ‘impact’ and having a meaningful relationship with businesses and organisations outside of academia.

Second, there is the way in which the entrepreneur’s mindset has become a necessary part of everyday life. Today the successful academic has to be publicist, event organiser, mentor, impact creator, publisher, speaker, video-maker, and fundraiser. We have to juggle budgets, determine business development strategies, and consider the target markets for our courses, innovations or research outputs.

These kinds of activities are normally listed, in this simplistic way, by people who are saying that they are a Bad Thing.

I don’t think these new responsibilities are evil, but they can certainly be challenging. That’s ok too, of course – some challenges in work are far better than a life of stale repetition.

Some of the resistance is plain silly. When the Arts and Humanities Research Council started asking funding applicants to provide two pages on the potential impact of their proposed work, some erupted in rage, and others took the passive-aggressive (but self-defeating) route of leaving that section blank altogether. This was in response to the tentatively-named ‘Pathways to Impact’ section – not even a demand for information about actual expected impacts, but rather a gentle casting-around for some thoughts about ways in which impact might be aspired to.

The common response was ‘How can I say what my impacts will be? Nobody can predict the impact that their work might have in the future!’. That is technically true, but is also a slippery cop-out, because no-one was asking for exact predicted outcomes as such – just some sign that the applicants might do something which might engage some people in the world. And you can, actually, imagine some impacts, if asked, if you have any imagination. The defence which suggests ‘But I’ve got no imagination!’ is unlikely to be a winner.

The point is: having imagination about the future, and ways to get there, is increasingly essential. Even medieval historians need to think about how they can find ways to engage with people, to share their ideas, to connect with communities who may feel that medieval history is not much to do with them but who might be entranced by stories of how people used to live and survive in diverse circumstances.

Another line of resistance says ‘I’m not a marketing department!’ – the idea being that the great researcher can do the actual research and it’s somebody else’s job to link it up with other people. There’s something in this, in that we certainly can benefit from help and support. Academics, you may have spotted, do not always have the ultimate communication and presentation skills. There’s even a line of resistance with bonus jargon which asserts that it is ‘neoliberalism’ to make it so that the academic has to do all of this stuff for themselves.

This sounds like an argument, but typically undervalues the skills of the best thinkers. Those people with clear and strong ideas should be able to express them clearly and strongly, otherwise, well, they are not clear ideas, are they. Things are often complex, but can still be explained.

So we have seen that there are some available popular lines of resistance, essentially from people who are a bit scared of something. So we should help them with that. But overall, happiness is most likely to be found not in surly resistance but by embracing the opportunity to do lots of things, to engage with the public directly, to communicate and try to make things happen.

Often it is self-styled political radicals who assert that academics should be preserved in their separate space, free of this new burden that we are somehow meant to ‘engage’ people and have ‘impact’ in the world outside the university. But that’s really the opposite of a radical proposal. Academics should keep quiet, and not bother people with their pesky ideas? This doesn’t even work as nostalgia, because historically the great thinkers and researchers have recognised their duty to get out there, connect with people, and try to change things. So if you want to put it like that, let’s pay tribute to the great Victorians, and give that a go.