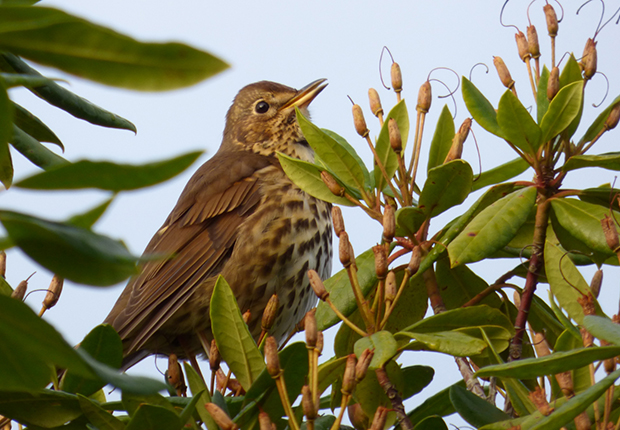 Social media is no longer a new or unusual dimension of academic life. Many scholars have a Twitter feed (or link to one) as part of their institutional profile, and blogging as part of everyday practice is now perfectly ordinary as an idea, even if lots of people don’t actually do it.

This article is for university researchers thinking about, or getting started in, using social media as part of that work. So this is not the same as using social media to attract and engage students, and it’s not about using these platforms to share holiday snaps with your relatives, or to discuss Strictly Come Dancing. We are talking about sharing and discussing the processes and results of your research, and engaging with others about their work.

First of all let’s consider why you might want to be doing this. Then we will consider some concerns. And after that, we will look at how to get started.

So why might you want to use social media for work at all? For me there are several reasons:

→ Showing and sharing: Your research-world lights up when you can show it and share it with others. How dispiriting to do so much work on a fascinating project, for it to be known only to the 14 people who read your academic journal article in 3 years’ time. You can use social media to show and do so much more, straight away – planting a flag on your area of interest, getting immediate recognition, and being able to explore and illustrate avenues of reflection around the research process which probably wouldn’t be covered in a final-results kind of article.

→ Feedback and connections: If you tell people what you’re working on, you might then receive interesting suggestions, pointers or relevant contacts. In my experience, this does actually happen. I’ve been pointed to relevant books, projects and people that otherwise I would not have know about. Feedback tends to be positive – on the professional side of Twitter, at least, people err towards niceness – but it’s still interesting to see which particular bits of your activity engage people’s attention. In the unlikely event of negative responses, it’s worth seeing which bits of your work can surprisingly annoy people, or which can provoke a misunderstanding.

→ Showing your work on your own terms: In the past, academics who had a wish to show what they were doing to the world typically had to do this via intermediaries such as press officers, editors and broadcasters, who could be counted on to waste acres of time before telling your story wrong or dropping it altogether. Now you can put things out there in your own way, in your own words, which is infinitely preferable.

I think these are very good reasons for using social media, but it’s common for people to have some concerns. Let’s consider a few of those.

→ How would I ever find the time? – As with anything, if you decide it’s important then you can put some effort into making time for it. Of course, there are many other demands on your schedule. But spending a thinnish slice of your time doing social media things rather than something else might be a good choice, especially as it’s doing something noticeable in the outside world.

→ Will it undermine my credibility? – That’s easy: no. Nowadays there are a lot of noted experts and leaders in many fields using Twitter and blogs to share and exchange views with others, so I’d say that’s just not an issue.

→ What if people steal my work or ideas? – That’s just not an argument, because if it was, then nobody would publish anything, ever. Once your stuff is published in any place then, yes, it might get plagiarised by some idiot, but that’s not common, and anyway, they are clearly the idiot. The internet makes it especially easy for people to copy texts, but at the same time it makes it equally easy to expose their copying, and to show that you got there first (should it ever come to that).

So now, if we have overcome some worries, we might think about where to start. There are so many social media platforms out there – how could you possibly master them all? Of course, you don’t have to – just focus on one or two key ones. And the decision-making here is not difficult because it seems rational to use the best-known ones that other people will be using – so they are more likely to find you and respond to you. Therefore we have:

→ Twitter: Widely used by professional people, sharing links, discussing events, and commenting on stuff. Easy to do. If you can write 140 characters then you’re a winner. If you can add a photo too then you’re amazing. You can use Twitter as the spine that pulls together anything else you do online, so it is, at least, a list of links to all the things you do.

→ WordPress: For blogging – i.e. writing longer reflections and commentary around your research work and interests, when 140 characters is not enough. You could use any other blogging platform, but WordPress is very well supported, easy to use, and unlikely to vanish anywhere.

→ YouTube: Making videos sounds like harder work, and it does take more effort. But making a simple video – such as a four-minute talking-head interview with the most interesting speaker at your conference, or a swift overview of some fieldwork in action – is straightforward, and it’s great to be able to share talking, moving outputs from your work. You can make videos singlehanded; there’s no need for a ‘team’ of audiovisual experts. It takes a bit more learning and practice but it’s worth it.

→ And Facebook?: No, not Facebook. I can’t tell you what to think about Facebook, but I would say, it’s had it’s day, it’s not a great platform for professionals, it’s closed off from the rest of the internet, and basically – as Marcus Persson, the creator of Minecraft, put it – ‘Facebook gives me the creeps’. Simple solution: avoid.

So you can start off with Twitter, write a blog post once a month, and you’re already a productive scholar on social media. What’s stopping you? In my experience, it’s very worthwhile.