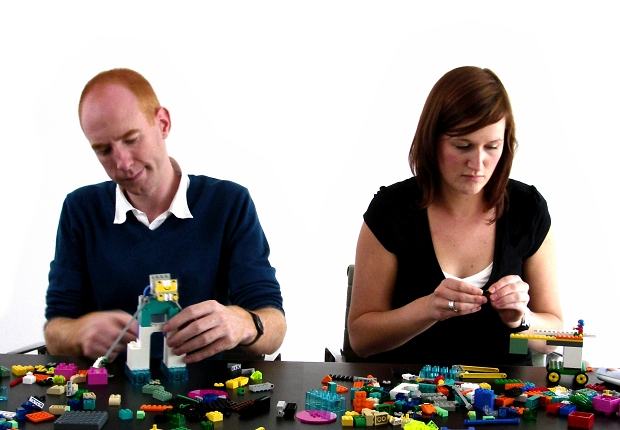 Let’s start with the obvious: nobody wants to read an article about research methods. It’s a miracle you’re even looking at this sentence. ‘Research methods’ is a topic recognised by students and their tutors the world over as a deadly zone of dreariness which can most optimistically be filed under ‘boring but important’. I’m talking about social science and humanities areas here, although some of this might apply more broadly. Research methods are usually taught as a bunch of rules you’ve got to stick to, and procedures that you’ve got to memorise. That’s not a recipe for excitement.

And yet research methods are vitally important – they are at the root of how we can understand anything, and claim to know anything, in our fields. There’s nothing more important than that. And yet we often leave research methods as the topic to be taught and protected by the most conservative people in our departments. We demand innovation in all things, except for the most central process of knowledge-building.

Actually it’s worse than that, because some areas of the social sciences – I’m looking at you, Psychology – seem happy as long as an off-the-shelf quantitative method and statistical analysis have been applied, even if it’s actually ludicrous when you take the most common-sense critical view. That’s how you get so many po-faced studies which have a scientific veneer but are actually based on 150 first-year undergraduates who filled in a daft survey, or who took part in a blatantly manipulative ‘experiment’, in exchange for a few college credits. Reproducing the methodological status quo is worse than lazy, it’s actually bad for scientific understanding.

In my own research career, I’ve developed a range of interventions which are often about asking people to make something and then reflect upon it. I’ve asked people to make videos, drawings, photographs, collage, and LEGO models. The procedure typically ends up with something not a million miles from a familiar research method. For example, the most fruitful aspect of the video-making was observation of the creative decision-making process, which is essentially the same as ethnography. And a vital part of the LEGO-building is when people describe and explain the metaphors that they have built, which it is essential to capture – otherwise you’ve just got a bunch of meaningless LEGO – and which you can record and treat pretty much like an interview.

But the important thing is that methods are not taken for granted, and participants are supported along an unusual journey, involving focused thought and creativity and reflection, so that by the time the rather more conventional data-recording takes place, something interesting has been produced and considered, and we are closer to a more rounded understanding of an experience, or sense of identity, or a social issue.

I have found that rethinking research methods is really helpful because:

→ You think about a thing more thoroughly if you have to devise a proper way of researching it, rather than reaching for a familiar, readymade procedure.

→ You gather findings and insights which are more rich and detailed, and which take you closer to the thing you’re trying to understand.

→ You get a whole extra dimension to write about – as I always point out to PhD students, if you’ve developing a new research method or approach, that’s a whole chapter of interesting innovation to make your thesis more distinctive.

If I was going to be more iconoclastic, I’d say that the fixed procedures taught in research methods classes can often just be clutter that gets in the way of human thinking, communication and interpretation. We should train researchers to listen and to really try to understand. Standard techniques of recording, classification and analysis are important, but are secondary. Of course researchers should be careful and sensible, and have reliable ways of documenting what has taken place. But ticking some basic methodology boxes is a minimum requirement, not actually a means to generate real meaningful insight.

You may gather from my emphases and examples that I’m talking about qualitative rather than quantitative research – but that’s not necessarily the case. For any kind of social science or humanities researcher, I’d say you need to think carefully about what you’re trying to find out, what you’re really trying to understand, and then think: What is really the best way to find out something insightful about this? How can I engage people with the questions, in a meaningful rather than superficial way?

The answer will probably not be an entirely off-the-shelf solution. You might realise that it would be good to orchestrate a particular kind of conversation among groups, or that it would be good to enhance this interchange with maps or diagrams or bits of wool. You might find that extra insights or layers of detail might be unearthed if participants are looking at photographs, or putting objects into groups, or walking around an environment. The range of engaging things that you can do with people is endless, and is bound to add value to a research-gathering experience. It helps to develop the world of social research as flourishing rather than stagnant, and that can only be a good thing.

One Response to “Research methods as a site of dynamic innovation”