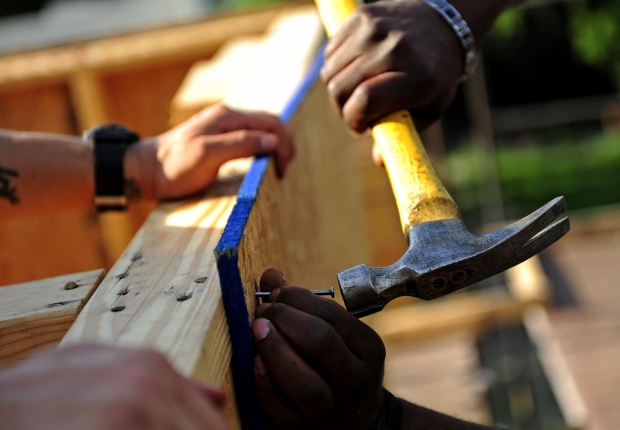 Over the last few years, the ‘impact’ dimension of REF 2014 was feared and despised in equal measure, perhaps most especially in the arts and humanities. There was a reasonable suspicion that this was a tool devised by bean-counting politicians to prove that us arty types weren’t earning our keep.

Since the REF results came out, people seem to be less upset about it. Perhaps the sector wasn’t as harshly judged for its contributions to society, culture and the economy as it had feared. We should have had more confidence. A lot of earlier complaints were about how you could demonstrate the impact of research – ‘How could you possibly…?’ was a common question. But it can be done, and the sector has shown that it can be done. (The REF Impact case study that we produced about my work was ultimately rated 100 per cent four-star, so the below tips and suggestions may not be universal, but they worked for us).

Impact can take many forms, so in this article I will be focusing on what you can do to lead up to impactful activities, and how you can subsequently document them when the next REF comes knocking.

Be very clear about what impact is

One of the biggest barriers to having a valuable approach to impact is that people don’t know what it is. They didn’t for five years, and many of them still don’t. “I was phoned up by BBC News,” they tell you – “that’s got to be good for impact”. No, it isn’t. Or not unless it leads to something else. “I’ve been invited to do a seminar, at Cambridge,” they say – “that’s got to be good for impact”. No. Unfortunately, if you want to help your colleagues understand what impact is then sometimes you have to say, er, no, not really, and explain why.

Impact is about having made a difference to how people outside of universityworld do stuff, or think about things. That’s what it is. So having appeared on television is not, in itself, impact. But if you then get three letters from people saying that they saw you on telly and they went on to read your things and now they run their museums, businesses, classrooms or performances differently, then – boom! – that’s great impact. They changed their behaviour, and – crucially –they provided some written-down evidence as well.

As we can see from the example above, public engagement, media appearances and use of social media are not impact in themselves, but they can be vitally important ways of building bridges to impact. Research that nobody knows about – apart from the few readers of an academic journal, or conference attendees in your sphere – is unlikely to have impact. So although these ‘bridging’ activities are not impact, they are (typically) essential for impact to happen.

Play to your strengths and preferences

It might follow from the above that you have to become some kind of ‘media tart’, always popping up on telly or in the papers with a pithy quote. But that is not the case – and may not be great for communicating the content of your actual research anyway (since you are much more likely to be asked for an opinion or overview about diverse social or cultural issues, rather than the specifics of your own research). Personally I am much happier using social media (blog, Twitter and YouTube) to communicate directly with those professionals and enthusiasts who are interested in the same things as me. Those activities are not impact in themselves, but they definitely got me invited to do all of the things that I ultimately can list as impact (supported by my academic research and publications, of course, but the social media is key for getting attention from unexpected directions).

The detail that caused some people to stumble in REF 2014 was that impact had to be based on previous, REF-able research, and this can’t be imported into your university in the way that academics with a list of publications can. The impactful activity has to be based at your place and based on research which was also done at your place.

This is a curious rule, different to how the RAE or REF has operated more generally in terms of researchers moving around. From the institutional point of view, this makes it impossible to ‘buy in’ impact before a REF, except as part of long-term strategy. For individual academics, the surprising consequence is that your sparkling record of impact is effectively deleted if you move from one university to another one five miles away.

Telling a story of impact

When it comes to actually writing the impact case study, it’s all about telling a meaningful story. Not fiction, of course, but telling the true story of what happened, so that the reader is taken –concisely – from the starting point of original research through to it gaining some kind of traction, and culminating in a delightful form of impact.

At my university, when we were comparing examples of draft case studies in the run-up to REF2014, across faculties, everybody talked about ‘the Kew Gardens one’. This case was not necessarily the biggest, best-funded or most famous of the examples. It did not involve the legendary ‘cure for cancer’ which everyone thinks would be optimal for their impact case study. But ‘the Kew Gardens one’ was recalled by everyone as a memorable and powerful story, which told the surprising tale of how one researcher’s insight had led, via a roundabout route, to a transformation of visitor experiences – and boost in visitor numbers – at one of the UK’s premier attractions. It needs to be built on solid foundations, of course, but a nice story really helps.

Finally, when it comes to writing an actual case study, which you might be doing in 2018 – not so far off now – you’ll need to have evidence in the form of testimonials. The REF people tell you to get these, but don’t necessarily ask to look at them. The sensible thing is therefore to quote their best bits in your case study anyway, so that the external validation of your good works is inescapable.

Overall, to achieve impact it is necessary to make your work visible, so that it might get pulled into someone’s world – probably in a way that you wouldn’t expect or predict – and ultimately, hopefully, have an impact which is tangible enough for you to write down. Easier said than done, but it can be fun and rewarding.