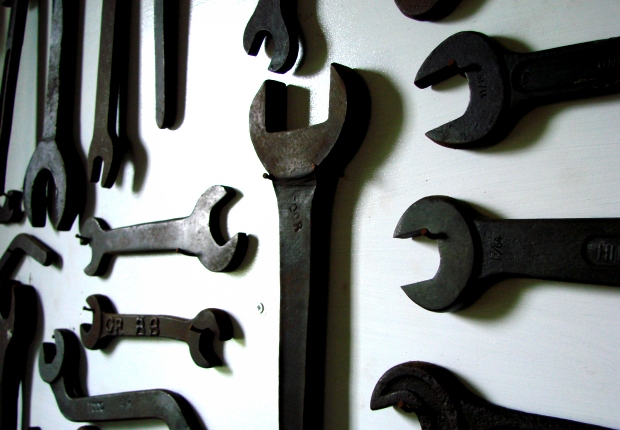 I am writing a new book, ‘Making Media Studies: The creativity turn in media and communications studies’. In fact it’s nearly finished, and will be published by Peter Lang in March 2015. I haven’t blogged or made videos about it until now really, but that’s changing… today! Here are the opening passages of the book, which explain what it is about, and explain the title.

But not as interesting.

For a couple of decades, from the 1980s, media studies had settled into a reasonably stable cluster of subject areas, such as ‘institutions’, ‘production’, ‘audiences’ and ‘texts’. ‘Institutions’ looked at the broadcasting and publishing industries as businesses and organisations with political and economic concerns; ‘production’ was about how the professionals working for those companies made the stuff; ‘audiences’ was about what people did with the stuff; and ‘texts’ was just about the stuff itself.

‘Institutions’ is still an incredibly relevant area of study, but the companies are all different. Many of them didn’t exist 20 years ago, and in traditional terms aren’t even ‘media’ companies at all, but are ‘technology’ developers, which means that they primarily engineer software platforms to gather data about people and show adverts to them, whilst acting like they are primarily about something else. Then there are the historically well-established institutions too, such as the BBC and Disney, but they are having to do lots of different things now – typically with everybody doing some of everything and trying to unify it somehow.

‘Production’, ‘audiences’ and ‘texts’, meanwhile, has all fallen apart. For some kinds of media – cinema, television, online broadcasting or narrowcasting, publications – these are still reasonably adequate terms, but there’s not much very new or interesting to be said – or, to put it another way, the interesting things can be said by scholars of economics, business or sociology, leaving media studies somewhat adrift.

Thankfully there are lots of new things happening, but you wouldn’t look at them in that way any more. People still make stuff, and people still look at stuff, but often they are the same people doing both. (You will note that I’ve skipped over the study of individual ‘texts’ altogether, because – as I will explain briefly in Chapter 3 – I don’t think you get to understand the role of millions of things in society merely by analysing one or two of the things).

For me, media studies today consists of a diminished blob of the old themes, but with two new peaks of exciting and vital activity on either side. One is basically inspiring and optimistic, and is about people being empowered through everyday making and creativity. The other is basically troubling and pessimistic, and is about data exploitation, surveillance and extreme new forms of computerised capitalism.

This book is almost all about the first one and not really about the second one. But both are important. The second one tends to get more attention, and some people argue as though the two peaks are in competition with each other – as if highlighting the importance of one set of negative concerns would show that an interest in the other set of positive possibilities was mistaken. But they are just separate points, operating on different levels. To try an analogy – with the necessary skills, you can make some effective weapons out of wood, and maybe you even live in a society where the use of wooden weapons is enjoying a resurgence, and some people have been seriously injured; but these observations could not be used to prove that trees are a bad thing.

This book is called ‘Making media studies: The creativity turn in media and communications studies’. The first bit, ‘Making media studies’, obviously points to the making dimension of media studies – by which I don’t really mean the old focus on traditional media production techniques – how newsrooms or television studios are organised, or whatever – but on the more DIY, handcrafted meaning that we associate with makers and maker culture today. And we are interested in the relationship of those making processes with the kind of online digital media that enables everyday people to create and share material, and to be inspired by that made by others.

It’s a kind of media studies which has making at its front and centre. It’s about being able to do things with media – not just talk about what other people do with them, or what they do to us. It’s about being hands-on, which means it’s still about ideas and critical engagement, but expressed through making things rather than just writing arguments. (We can still write too, of course, but the writing might be more powerful when informed by the experiences of making and exchanging). To borrow three key distinctions from the anthropologist Tim Ingold (2013: 3):

→ it’s about learning with media, rather than learning about media;

→ this is because we intend to move forward through building meanings and understandings, rather than looking back over accounts of how things are;

→ and this is because our aims are primarily transformational, rather than being essentially documentary [1].

Here, the shift proposed for media studies mirrors the development of research in the field of design, where a practice known as ‘research through design’ has emerged. As suggested originally by Frayling (1993), this is distinct from ʻresearch for designʼ – the kind of research that is done to inform design activities – and ʻresearch into designʼ, which is what Ingold would call ‘documentary’ work, being about design and designers. ʻResearch through designʼ is the more interesting one, being a process of exploring ideas through design practices – rethinking design by turning the innovative and reflective aspects of design back upon the practice itself, and creating new knowledge (Frankel and Racine, 2010; Sevaldson, 2010). More simply, it’s a matter of doing design in order to generate new ideas and to examine what design means. Similarly, we need to make things with media in order to think more thoroughly about the opportunities and risks associated with different materials, tools and services, both within themselves, and when out in the world.

Then our subtitle, ‘The creativity turn in media and communications studies’, refers to the same kinds of things, highlighting in particular the act of creating media and communications, rather than, say, receiving news, information, or entertainment. It does engage with political, economic, technological and business systems, in terms of how they support or suppress everyday creativity, which means it has a relationship with the other ‘peak’ described above – the serious concerns about surveillance and exploitation.

As creativity fundamentally signals a positive intent, to make a difference in the world – even if we disagree with what others are trying to achieve with their creative efforts, they are still creative efforts – the creativity turn in media and communications studies is also about trying to find a useful role, and valuable applications, for media and communications studies itself. This includes, among other things, thinking about how today’s technologies can be used to support and exchange creative practices without negative consequences – in other words, thinking more positively about solutions to the kinds of problems which obsess those scholars on the other peak mentioned above. We prefer making to describing – so this approach involves not just describing problems, but making solutions; or, for things that are not easily changed, at least making creative and provocative interventions which have an impact on people and foster the necessary motivation for change.

These are absolutely crucial questions, not least of all because media and communications studies has done sufficently well within universities that discussion of its more concrete concerns has been adopted by departments of sociology, politics, psychology, business, economics, even geography. Media and communications studies needs to keep ahead to avoid becoming redundant. So questions of innovation and value are important, exciting – and unavoidable.

‘Making media studies’ is therefore about making media as both a subject, and a method; and is about renewing what ‘media studies’ means. It is about an approach which emphasises the knowledge of makers – the recognition that you develop critical insights into things by participating and creating in those areas yourself – and the responsibility that we have to do something, and to do something useful.

[1] What I have borrowed from Ingold are the distinctions between learning ‘with’ or ‘from’ versus learning ‘about’; moving forward versus looking back; and a ‘transformational’ versus ‘documentary’ mode of exploration. Perhaps, to be clear, I should note that Ingold is writing generally, about learning from making and doing – his comments are not directly, or only, about media, and are certainly not a commentary on, or prescription for, media studies in particular.