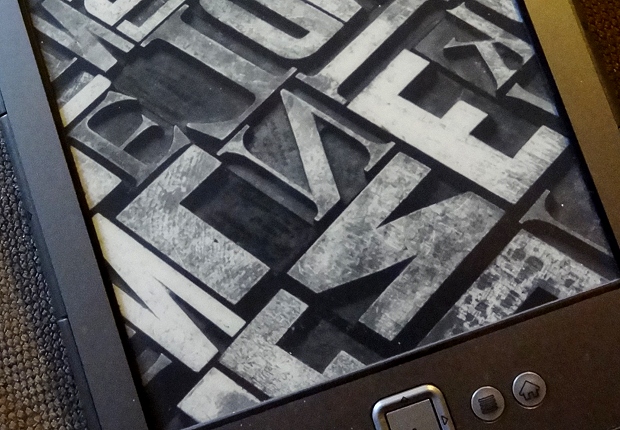 Since the earliest days of the Web, there has been an obvious ‘digital transformation’ which is about cutting out the middlepeople.

Until the mid 1990s, for example, many people booked holidays via a travel agent, which seemed normal and fine. Since then, the role of ‘travel agent’ has come to seem weird – why would we want to give an extra slice of money to someone for doing a task which we can easily do for ourselves online?

Similarly, if you needed to sell things that you owned but didn’t want any more, you would naturally have to consult a second hand shopkeeper – and probably get ripped off by them; until we reached the point where you would obviously just do it yourself on eBay.

These kinds of digital transformations – cutting out the middlepeople – are creeping across the face of academic life, but more slowly than you might expect.

One obvious sphere is dissemination and engagement. In the past, researchers would be happy to share their work in the traditional academic formats, such as conference papers, journal articles or monographs, but did not usually feel the need to communicate their message more widely. If their ideas and findings were spread further, this would typically be due to the efforts of a university marketing department, or, for a small minority, via the labours of professional TV or radio producers.

Today, of course, many of us are doing it for ourselves: using Twitter, YouTube, and other online tools to communicate and converse about our research interests. This is catching on quite a lot … although the people who are big on Twitter and YouTube are usually in a minority in their own departments.

In other areas, academics remain resolutely conservative. In academic book publishing, for instance, the middleperson still reigns supreme. In the past, we only trusted books published by professional publishers, because any other books – such as ones published by their own authors – were obviously hopeless, unpublishable cases. That insight, in itself, wasn’t bad, and made sense in a context where self-publishing your own work took an awful lot of effort for little apparent reward, and having to do your own marketing and distribution was a nightmare. Therefore, it was a context where any sane person obviously would try to get their book published by a professional publisher, and self-published works were immediately revealed as failures.

Today, it’s a fuzzier picture. On the one hand, it’s still nice to have a proper publisher, primarily because you get the status of being published alongside other well-known names, and can get some money for your efforts. (Publishers also talk about how they can transform your text, but to be frank, I’ve never really experienced that. Half the time my books are published pretty much as written; for the other half, I have had to fight against maddening copyeditors to get my book back to how I wanted it, so the outcome is the same anyway).

On the other hand, we now have the opportunity to share books cheaply by publishing them as eBooks. I did this myself last year. An article by John Naughton in The Observer happened to mention that Kindle was a self-publishing platform, and I was instantly excited by the idea of making my own Kindle book – even though I didn’t own a Kindle. (In fact, Kindle books can be read on all kinds of computers, tablets and phones using free Kindle apps – you don’t need a Kindle machine). As a new but already well-established platform, on which you could publish academic work in a DIY way, it reminded me a bit of the earlyish days of the World Wide Web. Amazon provides moderately easy step-by-step instructions, showing how to convert a Word document into a Kindle book. I had to fiddle a bit with XML to make a proper table of contents for it, because I’m a perfectionist, but this is not essential.

To be honest, I was also intrigued to read that authors get to keep 70 per cent of the cover price. The point here was not so much my misplaced desire to become a millionaire, but rather that you could sell a book for £2 on Amazon and still make more money than you do from a book published by a ‘proper’ publisher and sold for £16. (As a rule of thumb, in my experience, you get about £1 per paperback copy from publishers in royalties). So Kindle self-publishing could be an approach which gets books to readers at a far more affordable price, as well as being surprisingly better for authors too.

I also liked the fact that you would be able to see how many books you had sold each day on an online dashboard – much more direct and hands-on than waiting for an annual statement from a professional publisher. You could also tweak the book, make corrections, change the cover, or fiddle with the cover price.

So, I put together a collection of previously-published pieces, revised and with some new material, as a Kindle book. I called it Media Studies 2.0, and Other Battles around the Future of Media Research, and put it on sale for £3.80. (Friends had suggested that I shouldn’t make it too cheap, as that would undermine people’s respect for it. Therefore I settled on £3.80 as a price which I thought sounded somehow quite authoritative whilst still being highly affordable).

I publicised the book via my website and Twitter. On one occasion I noted in a promotional tweet that it was ‘cheaper than two lattes’ (16 September 2011), which seemed like a reasonable way of looking at it.

In the same summer I also had a ‘proper’ book out, Making is Connecting, published by Polity. And for some commercial or bureaucratic reason, Polity have so far failed to come to an agreement with Amazon to make their books available on Kindle. Therefore we arrived at a ‘natural experiment’ where circumstances had conspired to have a Kindle book by me, and a wholly paper-based book by me, newly out at the same time, so that we could compare their fates.

And so? Well to be honest, Making is Connecting, published by Polity, is selling much better for £16 than my Kindle book, Media Studies 2.0 at £3.80. There are some straightforward reasons for this, perhaps: Making is Connecting probably speaks to a broader audience, and is available in a format which people are most familiar with (although Kindle reading, via Kindle machine, iPad, or other device, is growing very rapidly). Also, the Kindle book consists mostly of things which were previously published, and although it pulls together a number of connected items and includes some new stuff in one handy package, this might make it less valuable than the all-new Making is Connecting. But if we put those three (significant) factors aside for a moment, what else might account for the difference?

Is it because of the added value of Polity’s marketing efforts? Well, the marketing people at Polity have been really great, but I don’t think so. There was quite a lot of noise made online about Making is Connecting, but most of that was prompted by my own efforts. Polity sent out a good number of review copies, which probably helped, but I expect not massively. So perhaps the difference can be explained by the trust that book buyers have in an established brand like Polity? Well, yes, this seems closer to the mark – and also, it’s negative opposite, i.e. the lack of faith that we have in a book published by its own author and sold for less than the price of two lattes. Which is, arguably, a shame.

The lattes thing came back into my mind recently when I read this brilliant post by Patrick Dunleavy on the LSE Impact of Social Sciences blog. Dunleavy argues that books can be really important in the social sciences, but have been pushed into decline by the ‘cripplingly high book prices’ charged by academic publishers. But academic e-books could be much cheaper. And this is where the milky coffee equations come into play:

Book prices are best thought about in terms of a rate of exchange with Starbucks medium lattes, currently costing £2.50 in the UK. So an academic book at £50 is 20 lattes – a ‘joke’ price that clearly only an institution will pay. An academic book at £25 is ten lattes – a big decision that you will probably put off buying online or in the bookshop. But suppose an academic or serious ebook instead cost:

• four lattes (£10) a copy: student demand might still be lowish but academic purchases will double;

• three lattes (£7.50): student demand will pick up and academics will be making ‘whim’ purchases; and

• two lattes (£5): almost all university readers will think it worthwhile to buy a copy, for even a single week’s topic.

I love this argument, even though it’s not a flattering one for me, because I offered my Media Studies 2.0 Kindle book for just one-and-a-half lattes – or one Frappuccino, if you prefer – and it has so far been snapped up by just 144 people. The paperback Making is Connecting, meanwhile – price: six lattes – has sold more than 15 times as many.

Unsure what to make of all this, I have this morning dropped the price of my Kindle book to just one latte – £2.50 in the UK – and will see what happens. If things don’t pick up, either Dunleavy’s latte economy is wrong, or it’s just a very unappealing book.

Finally, where does all this money talk sit with the open access debates we’ve been enjoying recently? The complaint there – which I strongly agree with – is mostly driven by dismay that the publishers are making piles of profit whilst getting academics to do all the hard work; and that research which should be available to all often costs an arm and a leg (or rather, a huge tray of fancy coffees). Research should be accessible and affordable. So I think I’m fine on all these counts – my latte-priced book does not contravene any of these principles, but retains the possibility that my two young children will be able to enjoy a few more toys and expensive organic snacks in their tender early years.

And if a range of academics started self-publishing interesting Kindle books for the price of a latte, then I might even get round to buying that Kindle machine after all.