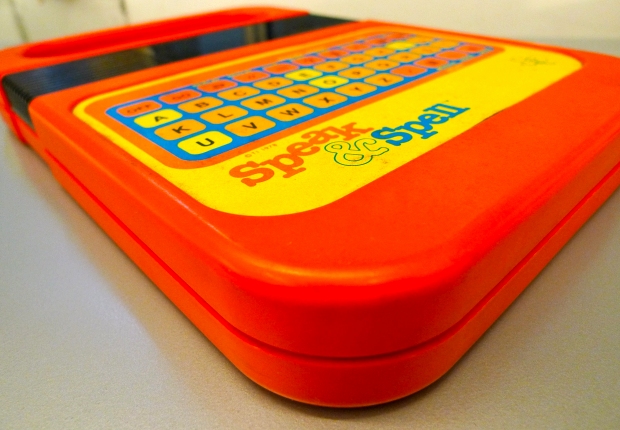 Just before Christmas I had to make a video for a conference. I mean, they asked me to, and I had said yes.

So, I know that nobody likes long videos on YouTube. However, these people had asked me to do a ‘keynote presentation’ which probably means it ought to last for more than 2 minutes.

Having come up with the momentarily amusing gimmick of being interviewed by a computer voice, a Windows computer voice which consequently sounds a bit like the Speak & Spell toy that older viewers may remember from the 1980s, I ended up doing a video which came in at 32 minutes – surely the acceptable mid-point between 2 minutes and 62 minutes.

Nevertheless nobody really wants a 32-minute video on YouTube, so I just edited a cut-down 7 minute version of some key bits.

And so here it is. To summarise the 7-minute version, it is about:

→ The state of media studies now

→ Borrowing a set of 3 points from Tim Ingold: the need to make, move forward, and transform.

→ Media as triggers for experiences, and the need to have conversations, inspirations and making things happen.

Making Media Studies: The Creativity Turn in Media and Communications Studies is published by Peter Lang, and is out now. Available from your favourite bookseller or from these online stores: Amazon UK / Amazon US / Peter Lang). See also: PDF flier.