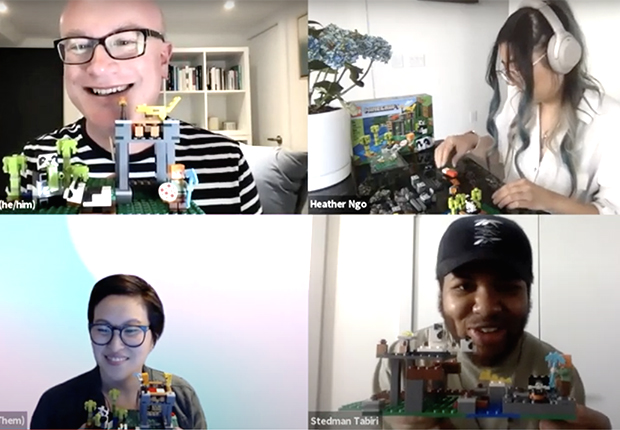 I’ve been wanting to do more YouTube videos recently, and I had the BEST IDEA for a video: send some interesting people a LEGO set in the post, then we could build it, and do-LEGO-Serious-Play with it, and talk about creativity. On Zoom! With pandas!! Don’t worry, I will explain.

So actually, the order of events was a bit different. First of all, I got the very adorable LEGO Minecraft Panda Nursery set.

But the moment I had the box in my hands, I was struck by my high-concept video idea. With four people using the set at once, we could record the video on Zoom and so we would have 2 x 2 Zoom squares, and it would be great.

So here’s the video which came out of that idea, and then I will explain some more:

So, the video is self-explanatory, I hope. But to say a bit more:

My first collaborations with LEGO (the company) were about LEGO Serious Play, the consultancy process they’d created where adults build models representing their ideas, feelings or relationships, using metaphors, in LEGO. The official process was always big and bulky and time-consuming, and one of my interests has been in how we can make it small, easy and fast.

Back in August 2014 I made a post called ‘Micro LEGO Serious Play: How small can a useful tool for thinking be?‘, which gives more info on the bulky background of LEGO Serious Play and shows my experiment with using a mega-small LEGO set to do the same thing.

The LEGO Minecraft Panda Nursery set used in today’s video is a small-to-medium kind of set costing $25 in Canada (£20 UK, $20 US), and is good value as LEGO sets go, I’d say. It helps if you like Minecraft, or pandas, or in particular Minecraft pandas, but it’s really very fine if you don’t. Here’s the set: 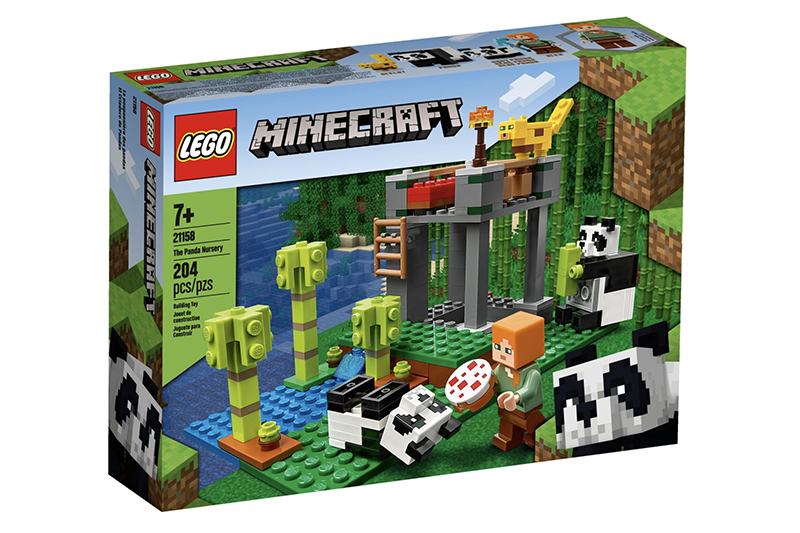 First we built the set using the instructions, mostly, because it’s such a cute set. Then we amended it, and/or used the parts, to talk about our creativity. First I asked, ‘Can you use the materials here to represent your creativity, or to represent you when you’re being creative’. Then after we’d each built that and talked about it, secondly I asked ‘What things would you like to change, or what could we add to support you on your journey?’. And thirdly we reflected on the process and what we felt we had discovered or learned.

We had a great experience. There’s no point me writing anything else, this is a video offering! The link to watch it on the YouTube site is:
https://youtu.be/z4UMCKxSssw.

Many many thanks to Amanda, Heather and Stedman for joining me in this! It was super-interesting.