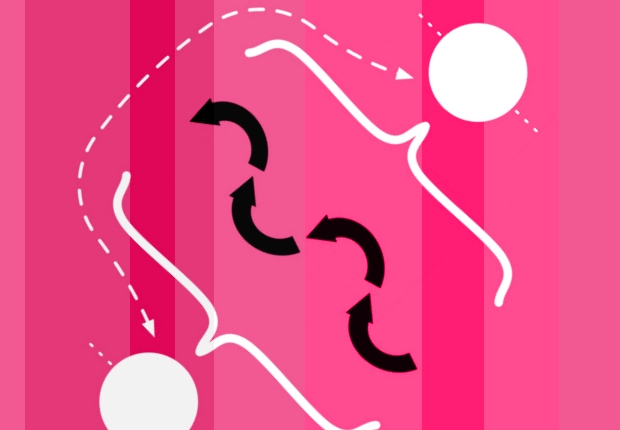 Last month Amy Twigger Holroyd and I published a series of three conversations, on this blog and on her blog, about different aspects of creativity and making. Naturally we tweeted about them and some people took an interest and read the things, and some of them made nice comments (hello Katie!). So that was all good.

Also last month, I was marking the essays and images that students had produced for the Creativity module that I teach at University of Westminster, and one student had made an especially nice infographic about creativity, so I posted that on Twitter.

That tweet, I couldn’t help noticing, was much more popular than my other tweets, which were written in words and pointed people to more words.

Amy noticed this too and declared that we must turn our three conversations into tweetable infographics!

So, that’s one of the reasons why I am coming to think that this ‘collaboration’ thing, which I have heard so much about, is actually quite good.

This week we have been unleashing the infographics on Twitter (one a day, at noon!). But here they are in a handy blog post.

This is the first one, which represents our conversation on design, and systems: 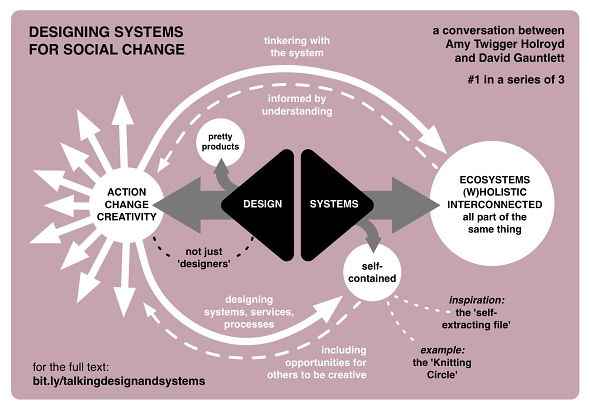 The second one illustrates our conversation on sustainability: 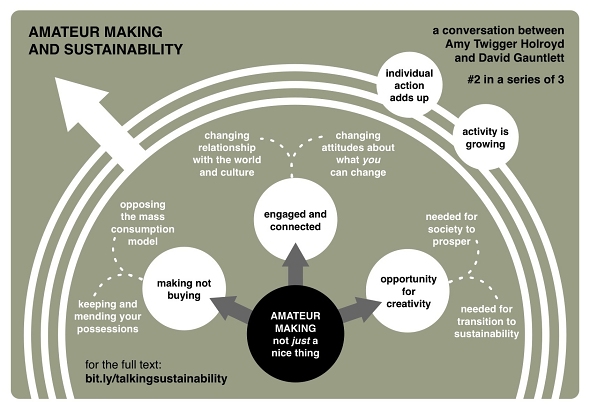 And the third one represents our conversation about small steps into making: 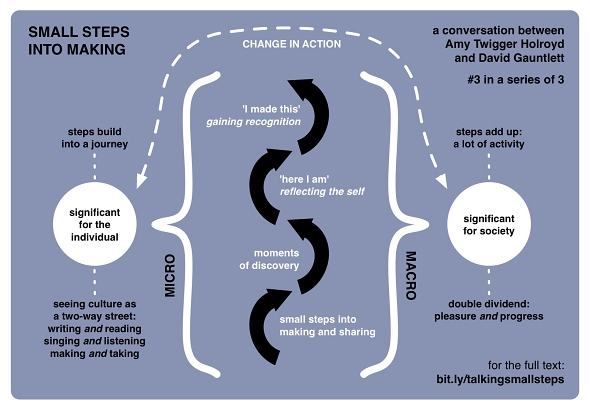 Of course what we actually hope is that you’ll read the original texts, where our views and arguments are actually set out and explained and discussed, which – let’s be honest – isn’t really what you get from an infographic.

So here are those links again:

And many thanks to Amy Twigger Holroyd for making such lovely images.