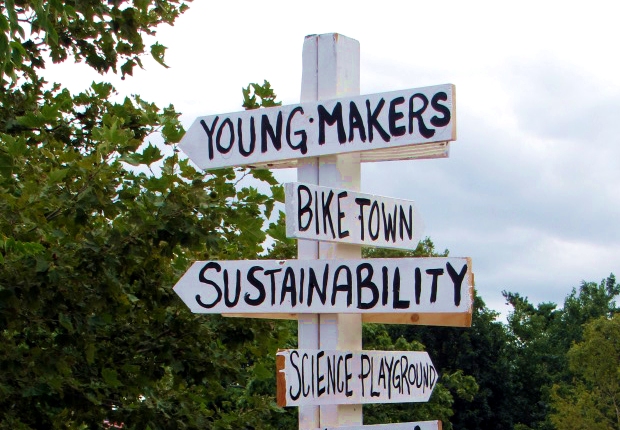 Later this year I have been invited to not one but two of the biggest Maker Faires of the calendar. You know what Maker Faire is, right? From the people who publish Make magazine, here’s a little description from their website:

Part science fair, part county fair, and part something entirely new, Maker Faire is an all-ages gathering of tech enthusiasts, crafters, educators, tinkerers, hobbyists, engineers, science clubs, authors, artists, students, and commercial exhibitors. All of these “makers” come to Maker Faire to show what they have made and to share what they have learned.

First up is the World Maker Faire 2013 in New York City, 21-22 September, where I will be doing an exciting and unique team-up with Mitch Resnick of MIT Media Lab. According to the thing that we boshed together, Mitch and I will be presenting ‘Six Amazing Things about Making’. Our little blurb says:

Mitch Resnick, co-inventor of Scratch, and David Gauntlett, author of ‘Making is Connecting’, each discuss three objects which show the power of making. They show that making is learning, fosters happiness, and is true social participation.

[Update, 2 September 2013: Our session has been very nicely scheduled at 2pm on the Sunday, part of the fantastic programme for the Innovation Stage. Exciting!]

So that’s New York. And then, there’s the first ever official big Maker Faire in Europe, which is in Rome, 3-6 October. There I’ll be launching the Italian translation of ‘Making is Connecting’, which in Italian will be called ‘la Società dei Makers’ (‘The Makers’ Society’). I’ve always wanted to go to a Maker Faire, but haven’t been able to before. I know! How strange! And it’s such an exciting concept! Here’s another bit of explanation from their website:

Maker Faire is primarily designed to be forward-looking, showcasing makers who are exploring new forms and new technologies. But it’s not just for the novel in technical fields; Maker Faire features innovation and experimentation across the spectrum of science, engineering, art, performance and craft.

Maker Faire is a gathering of fascinating, curious people who enjoy learning and who love sharing what they can do. It’s a venue for makers to show examples of their work and interact with others about it. Many makers say they have no other place to share what they do. DIY (Do-It-Yourself) is often invisible in our communities, taking place in shops, garages and on kitchen tables. It’s typically out of the spotlight of traditional art or science or craft events. Maker Faire makes visible these projects and ideas that we don’t encounter every day.

So, I am really looking forward to both of these, and will hopefully make a video or two. Avanti!