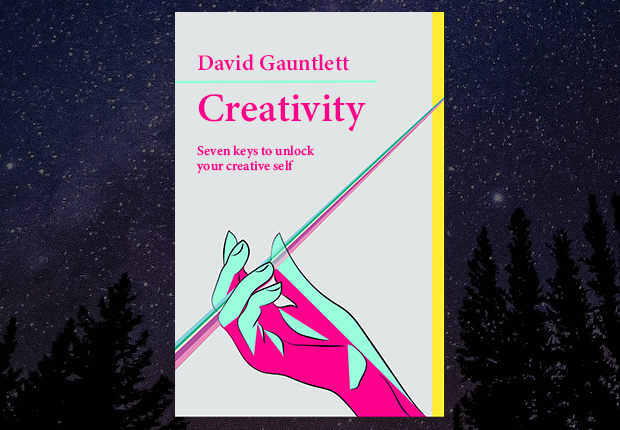 In fact we can trace its origins right back to this decisive tweet, from 1st August 2019: 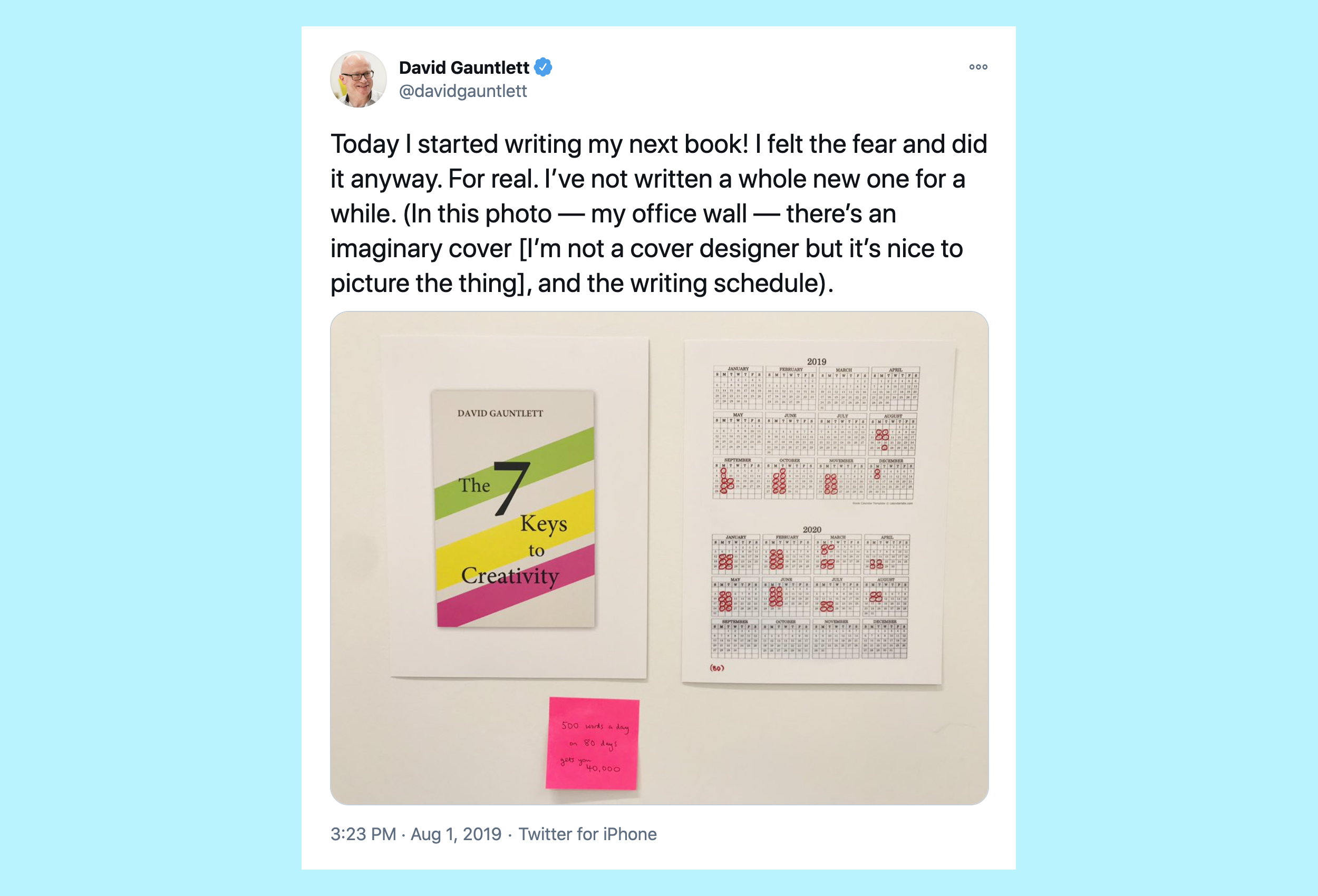 But if you got to 40,000 you’d be feeling that you were doing quite well, I guess. To be honest I don’t know why I did a plan for writing two-thirds of a book, but not the other third, which you might think would be quite important, but hey, August 2019 was a different time.

Anyway, the thing is, if you did take in all of this information, and if you had a lot of time on your hands, you might be wondering how it’s going.

In the first eight months, August 2019 to March 2020, I did manage to eke out some book each week, but not at the rate demanded by my chart.

The Notes app in my phone has a record of my word count, so I can see that between 1 August 2019, when I posted that tweet and officially began, and my birthday on 15 March 2020 which was also the weekend when the COVID-19 lockdown hit Toronto, I had done 19,500 words. My chart thought that I should have done 24,000 by that point. So, not exactly dreadful, but not incredible progress either.

Then there was a global COVID-19 pandemic.

On the one hand, that made things worse, because we had two children as well as two adults in the house and it’s hard to get any work done. On the other hand, book-writing and global-pandemic-lockdown are things that go together quite well if you can find any spare moments.

So, long story short, we recently got to this point: 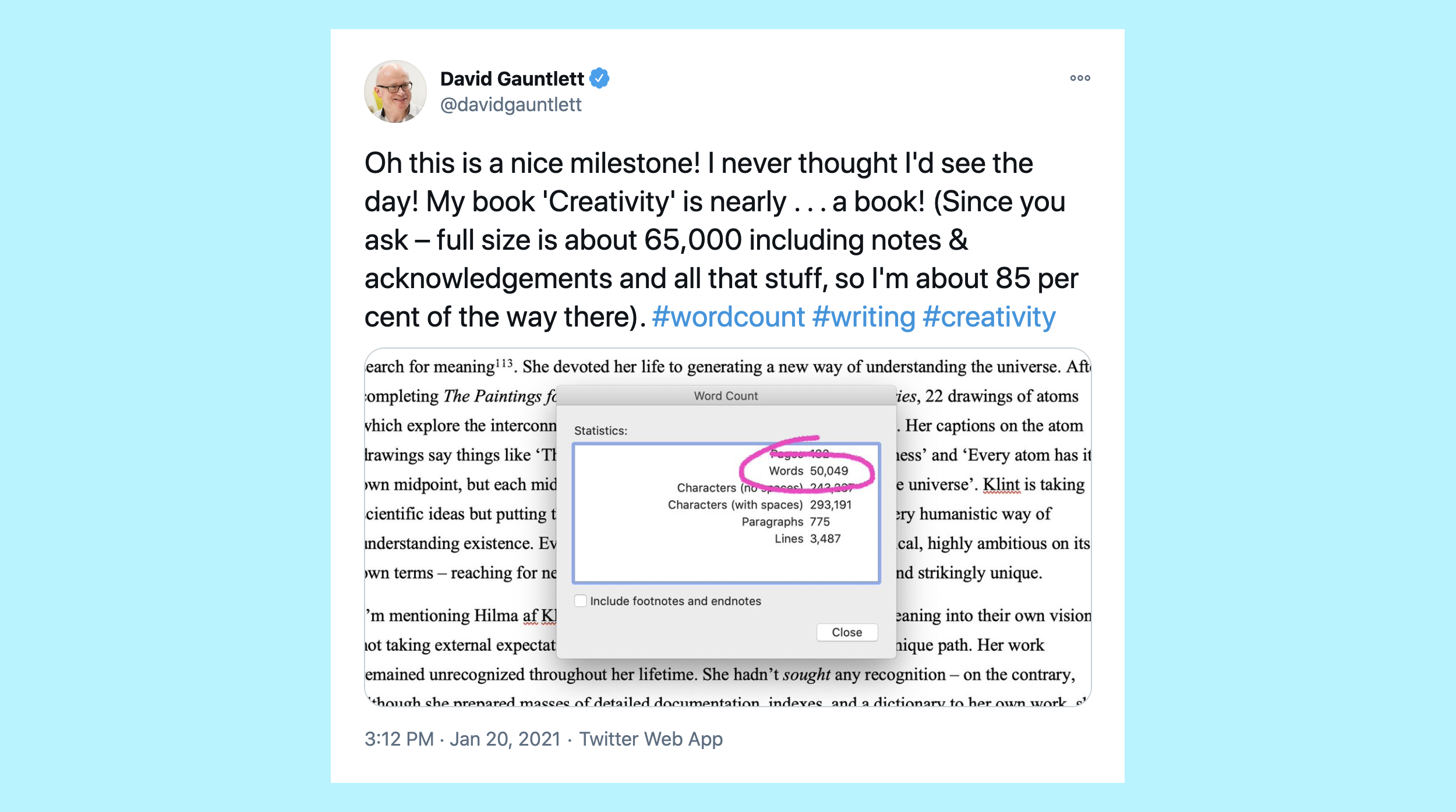 I also noted, in a subsequent tweet, “Fans of the creative process may also note — beyond this point I’ll feel able to delete less-good stuff to make room for stuff I haven’t said yet. Deleting stuff is great! But I don’t do it much normally because it’s too sad when the word count goes downwards (!)”.

I aim to write in a precise and concise style so I don’t have to do loads of deleting… but there’s always parts where something went on longer than it needed to, and also at the start of the whole project I wrote some introductory burblings which can be removed and replaced with leaner, more purposeful introductories. Which will be nice.

It hasn’t been continuous productivity. Over the past ten months, there were four good months, four nothing months (I was doing other things!), and then two good months again.

So now over on Instagram we’re playing with ideas for the cover. This, designed by the brilliant Rain Senra-François, is the latest: 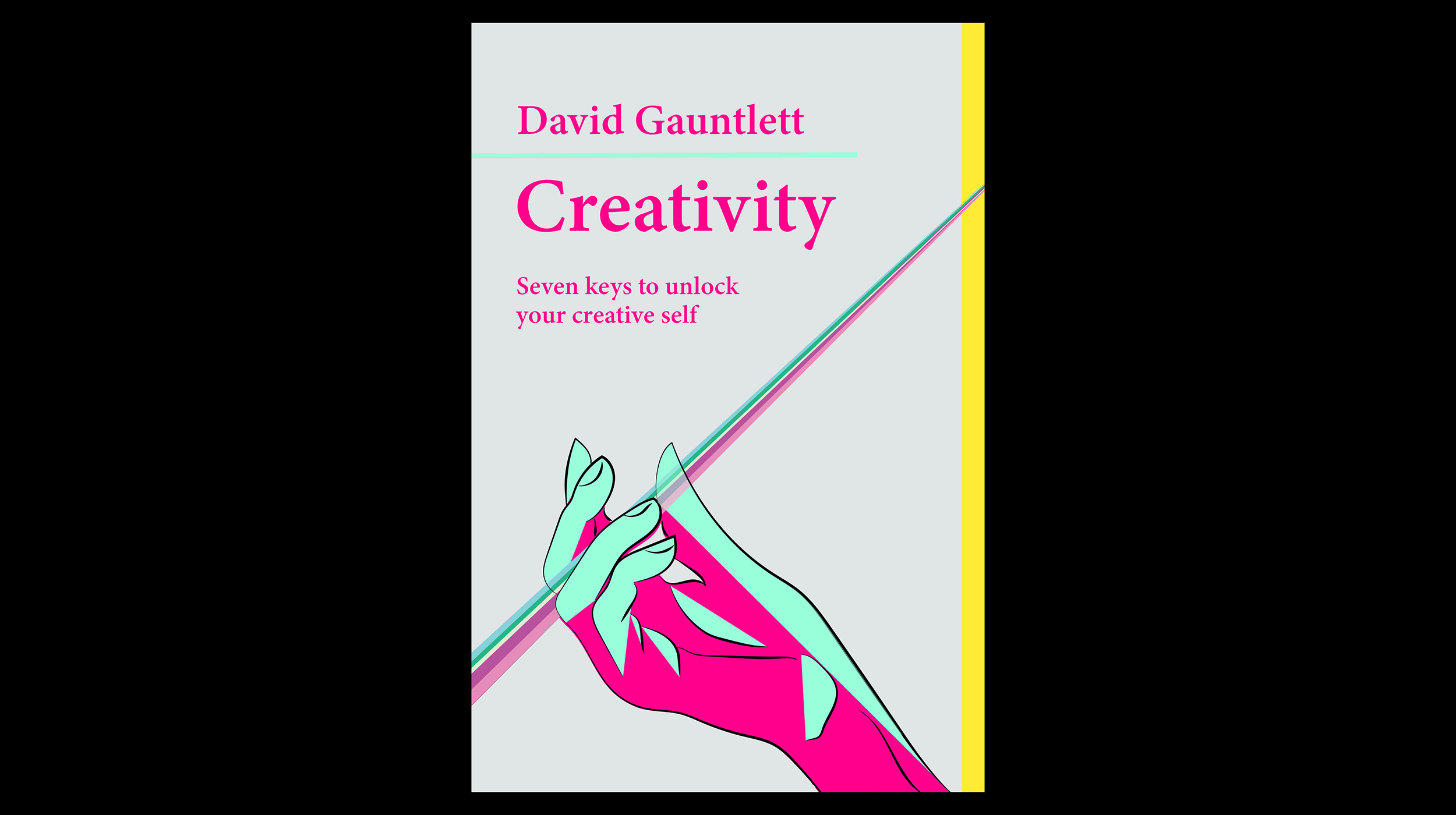 By this point the title is simply ‘Creativity’ – one word, boom, authoritative. But the ‘seven keys’ still show up in the subtitle (and the book is still in seven chapters for seven keys).

That’s where we go to. This has been a progress-recording blog post, basically for myself. Sorry. I will post some more bits of actual useful content, about creativity, soon.